I haven’t been on the bike since I returned from my week-long trip to the mountains. So, yesterday I saddled up for a 100-mile ride to the Andersonville National Historic Site and back.

I have been to Andersonville several times, so I knew the site well. My goal was to have a nice ride and take a couple of photos. I didn’t want to be gone all day, but I wanted to take advantage of the cooler-than-average June temperatures we’ve been having. I set Andersonville as my destination and let Waze suggest a couple of routes; I chose the mid-length one, as it took me down some roads I’d never been on before.

As I reached GA-80, my GS indicated low-pressure in one of my tires. I’d never seen the warning flash before, and it freaked me out a bit, as the indicator read as if I had no pressure in one of my tires. I pulled into a gas station—one that conveniently had no air station—but the warning had gone off. I check the tires, and both seemed normal, so I continued. Of course, I had no tire pressure gauge to actually test the pressure, so it would have to wait. Mental note: get a damn gauge and a portable inflation kit.

Just before Lizella, I turned left on Knoxville Road to head south. This turned out to be a lovely residential road—one that I will certainly take again. This road led into Fort Valley, and the route became one I’ve taken before: mostly down GA-49. Through Marshalville, Montezuma, past Macon State Prison, and to Andersonville. The day was sunny, but at speed, the air was cool. I had a beautiful ride, gassing up just before hitting my destination. 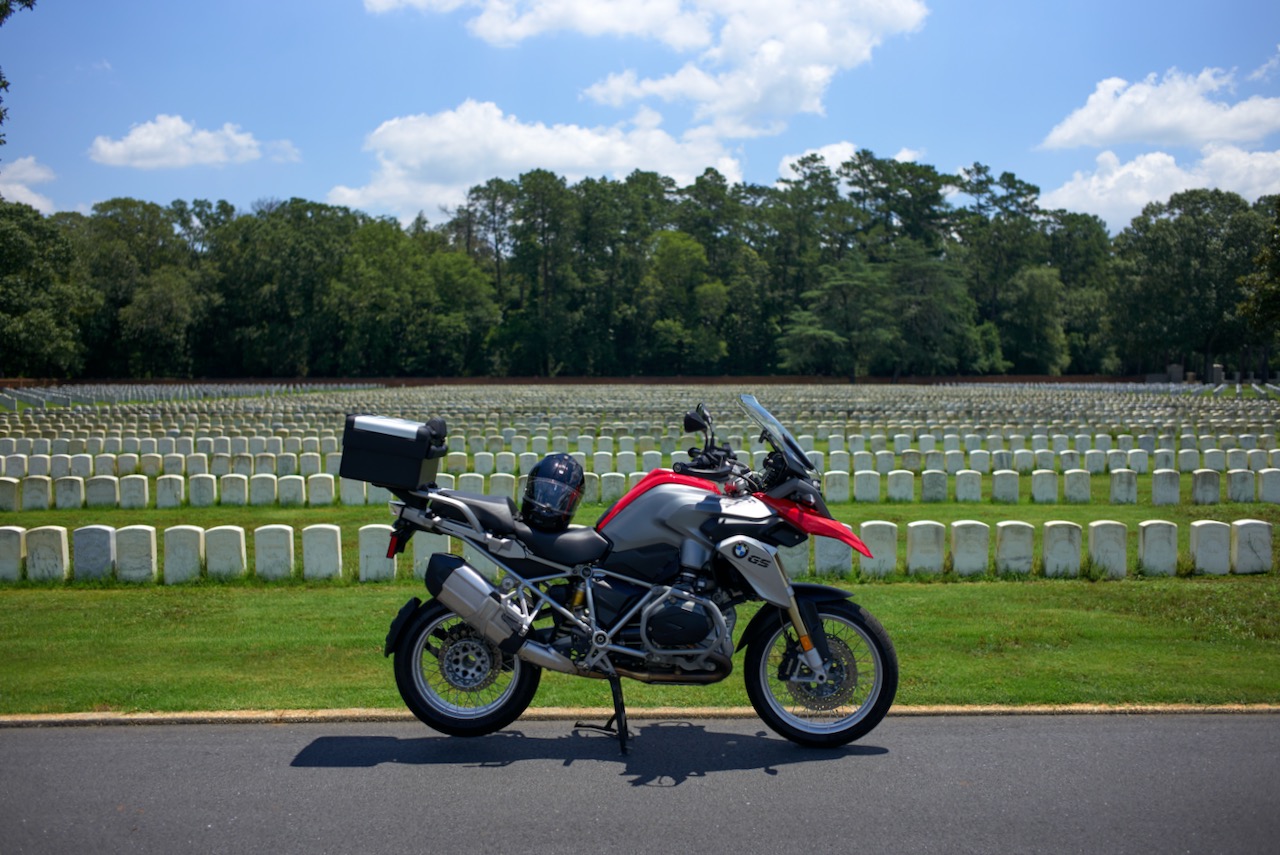 Giles and I visited Andersonville when he visited back in 2003. Then, it made an impression on me, and the site still carries that weight. The way the tombstones are grouped together so compactly tells the story of a place where something terrible happened. It speaks of atrocities that men prove again and again they are so capable of committing given an opportunity, whether through war or to just to display their cruelty. While beautiful today, you can’t help but be moved by the ghosts of this place.

After a few photos, I chose an alternate route north. It ended up being a dud: mostly a straight road directly north. Just outside of Andersonville, my tire pressure monitor lit up again for a couple of miles, but it went out when I made a turn on GA-128. I set the cruise and started to get tired. I crossed over GA-96 in Reynolds where a flock of Harleys scooted by heading west. I should have turned there to make the ride more interesting, but I continued on the straight road. Yawn.

By the time I got to Lizella, I was pretty tired. I turned north toward Lake Tobesofkee, then I deviated to hit a liquor store. I took a back road the rest of the way with a bottle of Gentleman Jack in my top case. I have to check those tire pressures tomorrow.