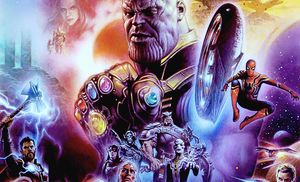 I admit it. I watched them. And I liked them. I have always poo-pooed superhero movies, but at the same time considered them to be culturally significant. I’m not really sure why I even decided to watch them—maybe it’s been going over my World Literature materials again. When I teach this class, we always talk about the hero, and the heroic ideal. I ask: who are our heroes today? Who comes close to representing the values and needs of our nation: someone who does great feats of valor and strength, and who we all can look up to? I often get abstract answers like “fireman” or “nurses,” but I’m looking for names. Students will inevitably say some sports figure, and this answer is getting closer for sure. But then I stress the importance of values—and many sports stars here become dubious. Then I usually suggest superheroes.

OK, so I decided to watch the Marvel Studios movies that I’ve not seen in the last decade—well, most of them.[1] Apparently, I had not seen any of the films in the Marvel Cinematic Universe: Phase Three, except Black Panther which I watched when there was so much to-do about it. I actually started a bit before the Infinity Saga with Avengers: Age of Ultron. James Spader’s my jam, but this movie was a bit silly.

So, I liked Captain America: Civil War and Doctor Strange more than I thought I would. Thor: Ragnarok was pretty fun, but damn Avengers: Infinity War was epic—almost in a literal sense. Here’s the basic definition:

Obviously, these films are not epics, but they certainly contain an epic spirit. Films are arguably within an oral tradition, and if we liken bleeding-edge spectacle to an “elevated style”—these movies certainly are excellent examples, though I sense this comparison is a bit generous. These heroes are all super human, and this might be my biggest problem with these films.

Watching demigods fight each other is pretty boring. Yet, their battles are often formal events like in the Iliad: some talk of battle, discussion of the hero and his or her history, often some friendly jibes, and promises of what will happen in victory or defeat. This drama heightens the tension, but the actual battles can be tedious. Homer’s battles were big, but never boring. He usually showed us the decisive blows and events. There was more ceremony. The battles in these films just get bigger and bigger and sillier and sillier. What the hell is Thanos anyway? OK, he’s from planet Titan. I get it.

Another weak point is Thanos’ motivation to collect all the infinity stones: to rid the universe (it has to be the universe for the largest scale?) of half of its population. He seems to think the universe is crowded and is running out of resources. Weird. I guess I get the metaphor, here, but it just doesn’t work too well when half the locations are desolate planets. Where’s the over-crowding? OK, yes, it does make sense as a metaphor for Earth: I get in a Thanos frame of mind whenever I walk around the neighborhood and see trash all over the side of the road, white guys driving their oversized trucks too fast, white women alone in their SUVs, way way way too much traffic, no sidewalks, and generally people at their worst. Thanks, dude, I get it—if we removed half of the world’s population, things might start improving. Thanos, too, while obviously a psycho, he’s doesn’t target a specific group of people: this is not a holocaust that targets a certain racial or ethnic group, but a general, arbitrary purging. At least he’s not a racist genocidal maniac. Yeah, his whole motivation is pretty weak.

Well, the end of Avengers: Infinity War was dark, so I’m psyched to see Avengers: Endgame as soon as I can carve three hours out of my schedule.