Today I made a video[1] in response to the several emails like this: 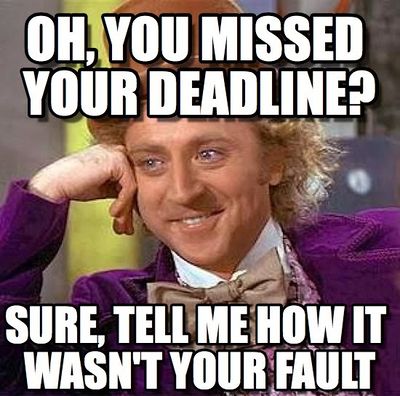 Yes, it’s my fault. I’m certain if I used D2L like all your other professors—the way I’m supposed to—nothing like this would ever happen. Notice the formal greeting—de rigueur these days, though sometimes I do get “Hey Mr. Lucas.” Then comes the blame for my crappy web site which in every way is worse than D2L, and the demand.[2] There’s no question here, just an expectation. An expression of privilege. A Karen in the making?[3]

I’m not posting this to make fun or publicly shame this student—not that anyone ever reads this journal anyway. And I certainly do not wish to be assimilationist. You do you, bro. And, for the record, I did re-open the quiz, test, and forum post that were due on Tuesday to accommodate late-registers and to make up for my 💩💩 web site. I always want to be reasonable, but where’s the lesson if I give in? I know, it’s the first week. And if that sort of email was a fluke, it would be OK, but it really just exemplifies the tone and content of emails I get daily.

I’ve been reading Kendi’s How to be an Antiracist, and really considering in what ways I’m racist—and any other negative –ists, like sexist or elitist. I’m about half-way through the book, reading four chapters at a time for a book club, but I have to say I have the most propensity toward being an assimilationist. Kendi defines it as:

That said, I don’t meet this definition verbatim, but I do see the propensity in myself to know better than others, and want them to behave professionally or appropriately. I’ve always considered that to be the role of education, but I can see there is a slippery slope here, especially when we begin talking about the power dynamics inherent in the educational hierarchy. I don’t think Kendi would agree that education is necessarily an “enrichment program.”

Additionally, I don’t think I’ve ever been of the opinion that any racial group is inferior: it’s just people. “Students” are not a racial group, but that category often leads to similar generalizations. Yes, I think I bitch more about students than I praise them, and I know this is something I need to work on.

Education is about helping students to achieve what they want to be—not what I want them to be.

So what does this have to do with the email? Yes, I could respond, as I have done, and . . . “educate.” I could talk about rhetoric, tone, and responsibility, but that only makes me—no matter how I put it—look like a dick. As one student said to me one time years ago (after coming in late, interrupting the class with her difficulties, my pausing the lesson to help her, and only then then letting her know “Dr. Lucas” is more appropriate than “Mr. Lucas”): “Yeah, I’m just here to learn.” Well, you missed an opportunity.[5]

Should I have let that “Mr. Lucas” go? I try to these days. Should I ignore emails like the above? That’s pretty much what I have been doing presently. Is this a generational thing? Am I an old fogie now, whose perspectives have also withered and grayed? We should not expect others to be like us, nor should we judge them for not being like us. Yet, I can’t help but think there are potential consequences to being yourself—for being unable or unwilling to read the room. Isn’t that partially my responsibility as an educator to address?

It seems there’s never a middle ground. I either give them what they demand and expect, or I’m a dick. I just don’t see where the former is at all appreciated, rewarded, or beneficial. Is this how we got a nation of Karens and Kevins to begin with?