The sunny morning invited me to head back to the new section of the Foothills Parkway, from Wears Valley to US-321. I didn’t plan too much for today, but I thought I might head up to Cades Cove, too, and get some photos there and along the way. This is pretty much what happened.

The new section of the Foothills Parkway is, in a word, stunning. 15 miles of amazeballs. The views might be some of the best in the Smokies—at least this far west. The roads were new and in good shape. They were twisty and uncrowded this morning. The air was cool along the whole parkway and, of course, at the higher elevations which it achieved quickly. I road the whole new section without stopping, and went a few miles in to the older, familiar section. I turned around and started stopping for some photo ops. And, what the hell, I just went right back over the new section. Wow.

After, I rode over the mountain to Metcaff Bottoms, and headed west toward Cades Cove. Traffic. Oh yes, it was a beautiful Saturday after a day of rain. Of course it was time to go to the mountains. It took my much too long to get to Cades Cove; I decided to not go in.

Instead, I took a break and met a couple of motorcyclists from Knoxville—one on an older GS. We chatted a bit, and I followed them out—we didn’t plan it that way, but it just happened. They said they were headed to the western section of the Foothills Parkway, so I thought I’d just follow them there. Despite the heavy traffic, it was fun riding with others. It was probably 20 miles or so along US-321 back to the entrance of the Foothills. There, they went west, and I took my favorite new road east again. Beautiful.

I had worked up an appetite by the time I arrived back at Dad and Sharon’s, so I borrowed the car to hit Calhoun’s for a Kick-Back burger. I was delighted to discover that they now offer tater tots as a side. Couple with my 32 ounces of Appalachian Pale Ale, I was a happy camper. 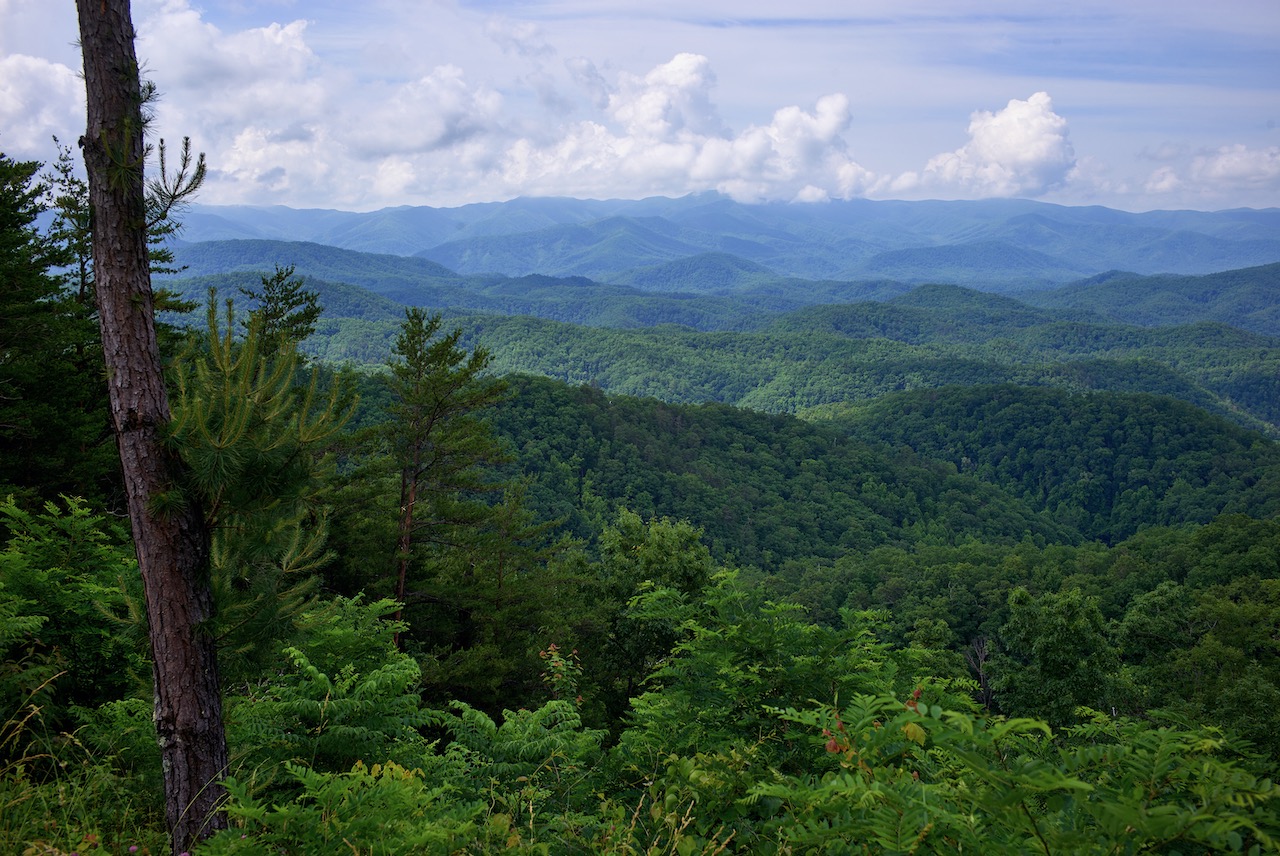