Holy moly! The site now has a cool new dropcap. I came across a photo of one of my old blog designs that used a similar dropcap, and I thought, I can do that here. So, I found a retro, mid-century font, Fontdiner Swanky via Google Fonts, and incorporated it into this site with a bit of CSS and template magic. I even matched my site logo color. I think it looks pretty cool, and the capital H might be the best letter. I also used a templet to tweak the first few word off the sentence, if I want to. I dig these little touches and the flexibility of MediaWiki. I just wish I could design my own skin. 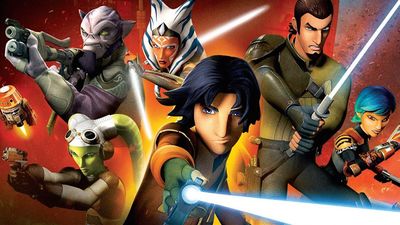 I spent the morning grading and encouraging my students to begin next week’s assignment early. So far, I have one who listened. I guess I procrastinated, too, as a college student—certainly as an undergrad. Yet, I think if a professor had advised me to begin something early, I certainly would have.

I spent the evening grilling meat for the week. Hard work, but now I have a variety to eat with my beans and spinach.

Henry and I are getting near the end of Clone Wars, and he’s asking me what comes next. I’m not sure he’s ready to see Anakin—his favorite character—become Darth Vader. I haven’t seen Revenge of the Sith since it came out, but I remember it being perhaps a bit too intense for a five-year-old. We’ll see. We have a few more episodes in season 6, then we have the final one on Clone Wars. I’ll be sorry to see it end, but it makes me want to go back through Star Wars: Rebels again. Since it takes place before the original trilogy, it looks like we’ll be getting to that soon.

And thanks to Giles, the logo now uses the dropcap font. Thanks, man.