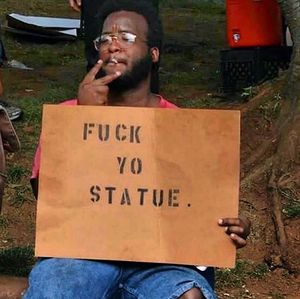 Many voices have been telling us to get back to work. It started with the Commander-in-Cheeto and was soon echoed by his troglodyte supporters; the one who is most impactful to my life is “Governor” Kemp. “The economy must be saved!” or something similar became their rallying cry for us reluctant troops: you peasants need to get back out there and do your jobs so the status quo can continue: i.e., you go sacrifice yourselves so our economy can continue to expand with all of its inherent flaws. I would argue that the current marches for racial equality is a direct consequence of the economic inequality that our economy perpetuates: it disenfranchises many in favor of a few. These few, it seems, are friends of the Cheeto and the Kemp—maybe they even think they are members of this exclusive club—so they do their bidding without question.

Since Kemp began opening up Georgia again over two months ago, the drop in COVID-19 cases we had been experiencing since shelter-at-home began are now on the rise again. Many other states (maybe all?) have followed since. The results are predictable by any sane and rational person: the WHO reports today we have seen the largest single increase in new coronavirus cases. There are dissenting voices, but Kemp overrides them all. Why this madness? The economy, of course. What is more important than money?

There has got to be another answer. There is. In “COVID-19 Broke the Economy. What If We Don’t Fix It?” Vice columnist Shayla Love discusses the “degrowth” movement: 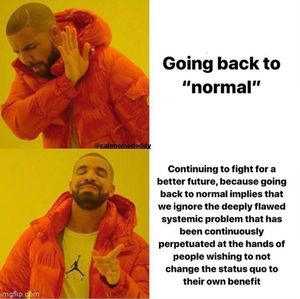 Indeed, one of the upshots of quarantine has been the decrease in carbon emissions. Nature shows they fell by 8%, but judging by the cars on the road just a month later, I’m sure we’re well on our way back to pre-coronavirus levels.

Degrowth makes a lot of sense to me. This country work way too much. For what? It seems like those who work most often receive the least benefit—you know at those indispensable jobs. And why is it so important to grow the economy anyway, when the measure of that growth (i.e., money) only benefits a few?

Yeah, what if? Couldn’t we use this as an opportunity to reassess just what’s important to us? Some of that is happening already after the murder of George Floyd, Breonna Taylor, and the other victims of a racist country kept that way largely by economic inequality and the perception of just who should benefit most from our economy. The racist narratives explicitly driven by the psychos on the right and implicitly by many of the institutions created for them make it clear who they think is deserving. The majority of the country is starting to fight back in earnest.

Maybe minimalism is even a better idea than I originally thought?