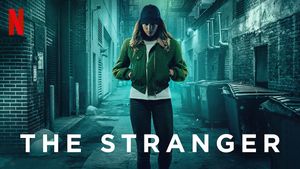 I finished watching the Netflix series The Stranger last night. I would classify it as a mystery-thriller that’s pretty unbelievably intricate. One of the things it does well is misdirection: it discloses details that you think will have to do with the main story arc, but just wind up being coincidences. Some of those arcs were left unresolved, and one of the main antagonist’s arc, Patrick Katz, was a bit weak. The performances were generally strong—Stephen Rea especially—and I enjoyed the series. It seems as if they intend a second season, too. I can’t imaging it will have all of the same characters, however. I could see a totally new cast linked solely by the stranger.

Overdid it with food today. I can’t break the Saturday “cheatday” habit. I made a mushroom Alfredo pasta with chicken tenders for dinner, even though I wasn’t hungry. Autumn had brought lunch late, and I was still full with my Pubix sub.

Ugh, I have to do better.