Because of my little soapbox rant yesterday, or maybe in spite of it, I realize that the more I read and learn the more I lack confidence in what I actually know. I am not clever. I am not cool. I am of average intelligence, middle-aged, a questionable educator, and I lament the books I’ll never be able to read before I die. I am full of self-doubt; I have body dysmorphia (according to Autumn); and I am often insomniac worrying about stuff I said or did the previous day. I want to be a revolutionary, a dissident, but I lack the courage and fortitude to do much more than post the occasional meme. Ultimately my life will amount to little, and the older I get, the less I’m invested in trying to stand against the wave of the world that keeps coming on. 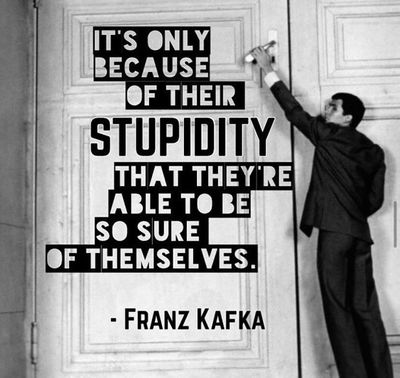 In our brief exchange, my brother implied that most of my family support ’Rump. He is correct, I’m afraid. The implication here is that, based on my meme, I think they’re all racist. Another implication is that I’m the black sheep—that my views are somehow askew. When he was first “elected,” I had a real dark night of the soul, to channel Fitzgerald. I was devastated and embarrassed for our country: we elected this man knowing full well who he was. Mom told me to give him a chance. I remember responding: I did give him a chance during the election where he proved to be utterly incapable of being a person who could uphold the mantle of the President of the United States. How could we sanction his behavior by electing him? It was such a slap in the face after 8 years of Obama. No, he was not perfect, but he was a damn good president. He was someone I could feel proud of—who represented the best of the US—someone I could point Henry to as a role model. What are we supposed to tell our children?

I guess this is still the question I ask myself. Can supporters of ’Rump say with a straight face that he is a role model for our children? That he is something to aspire to? What are the qualities that they admire? Seriously, I am baffled.

I know my brother would accuse me of being narrow-minded, of demonizing those I disagree with, of shutting down channels of communication where understanding, compassion, and compromise happen, but I have become cynical. I see none of these traits in those in power, nor do I see any effort to reach out, to be empathetic, or reasonable. Have I missed it? Am I in my own reality distortion field? Or am I being gaslit?

I may not know much, but I’m also not crazy. Maybe this up-coming election will prove it. I may not sleep until then.