Chekhov’s The Cherry Orchard in 2020 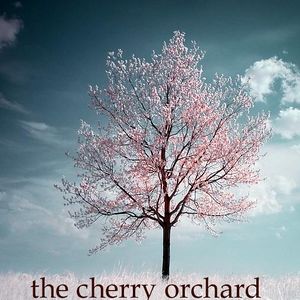 It’s been years since I’ve read Chekhov’s short stories, though one of my all-time favorites is “The Lady with the Pet Dog.” I used to teach that every semester in comp 2. It’s been even longer since I’ve read his plays—so long, in fact, I didn’t really remember The Cherry Orchard at all, though I obviously read it in 1999.[a] And that’s truly a shame. I enjoyed my reading of TCO so much, I didn’t want it to end. In fact, even though I taught it today (one out of two days we’ll look at it), I still have about two pages left to finish. It’s such a delight. Such an enigma. The characters resonate powerfully, even more so today. It resists simple attempts to analyze it. It really is Chekhov at his finest.

As critic Harvey Pitcher points out, “there are no unsympathetic characters at all” in TCO.[1] Other than the vile valet Vásha, each character is truly likable in some way. Likewise, each is also unlikable to a certain extent. Just like all of us. I think this is why TCO resonates so much with me today: these characters are not comic or tragic, but a mixture of many forces and ideas that seem to battle within them, some frequently coming to the surface and dominating. TCO reflects a human propensity to construct fictions around ourselves that we use as both armor and sword.

I think the heart of the play revolves around a Trofímov’s metaphor of the cherry orchard: “This whole country is our orchard.”[2] It’s a microcosm for Russia—for the world—if one can just get beyond the confines of the narratives that they impose on themselves and each other. Trofímov begins to wax philosophical about slavery and its implications: “owning human beings has left its mark on all of you.”[3] He suggests that this is the central fact of their lives in the cherry orchard; it’s what keeps them from having “any real life in the present.”[4]