Today I finished Adrian Tchaikovsky’s Children of Time, and I have to say it was excellent. There are many aspects I could discuss—like the ark ship Gilgamesh[1] and its inexplicable journey, the evolution and struggle of the spider society; the evocative fallen empire that was technologically advanced, but something less than human; the aging of the ship’s humans, devolving as their aching ship breaks down; the build-up to the inevitable conflict. 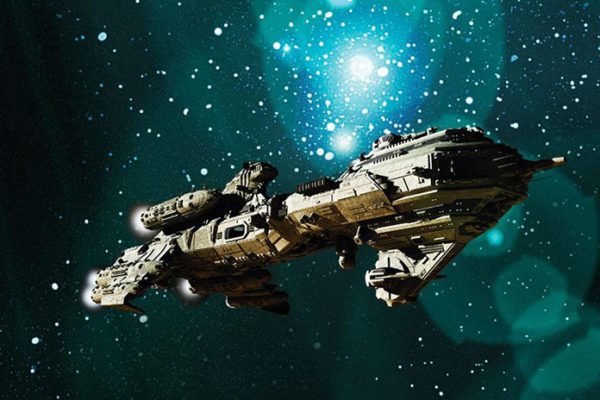 As I mentioned before: the human characters are all pretty awful. Most of the time, the omniscient narrator sticks with him; I supposed he does so because most of the other characters would be much less sympathetic. At least this humanist, Holsten Mason, is able to maintain a tenuous hold on his humanity through most of the book. It seems as if Tchaikovsky is making the point that humanity cannot survive in these extended time periods: that to extend the human beyond 100 years of so, turns them into something . . . less. Aside from Holsten, and maybe the engineer Isa Lain (at least at first), the rest of the human characters are pretty awful.

This reviewer states “Children of Time . . . builds on technological concepts that are current (or possibly near future), but it mostly avoids present-day social issues.” I’m sorry: I could not disagree more. If anything the implicit theme of Children is a critique of technologies that extend humanity and the implications of that extension. Here, I’m thinking of Avrana Kern, the megalomaniacal scientist of the Old Empire that, because of an act of sabotage, is stranded thirty years from Earth and uploads herself into the escape pod. Here, she languishes for millennia, getting more insane as her body decomposes in status. Let’s just say, this does not do much for her narcissism, or her humanity. Other human characters do not fair well either when they start messing with technology which they hope will bring them something akin to immortality.

Anyway, the uplift virus is the most interesting part of the novel or at least the most germane: probably because of the whole pandemic has us acutely aware of viruses. The spiders are uplifted by a virus programmed to accelerate their evolution. As they evolve, the spiders eventually figure out that it’s the virus that has gifted them “Understandings”—or genetic knowledge and skills that can be passed through procreation. Imagine: knowledge encoded into our DNA. Eventually they learn to distill these Understandings, so they can be consumed when needed, like drinking a foreign language or guitar virtuosity. In this lies the whole outcome of the novel: something I didn’t guess until I was probably supposed to. Well done, Tchaikovsky. It turned what was heading for an awful ending into something beautiful.

Now, should I move to the sequel? At some point.