Medea remains a tough read: especially for younger students and good Americans. I would think that the central concern of Medea—an inequitable social structure that privileges the actions of men while reducing others to servants or property—would be a bit more evident these days. I guess seeing the insidiousness of the patriarchal system that Euripides is critiquing is paramount for the true tragic affect of Medea. Yes, we are left with a feeling of waste and despair at the end, but those who don’t get it will blame Medea and actually feel sorry for Jason. Of course, we should feel sympathy, but we should be very aware of the complicity of the system that has been the prime mover of both Jason’s and Medea’s actions. Both are egregious, but they live in a system where Jason’s actions are rewarded and Medea’s condemned. 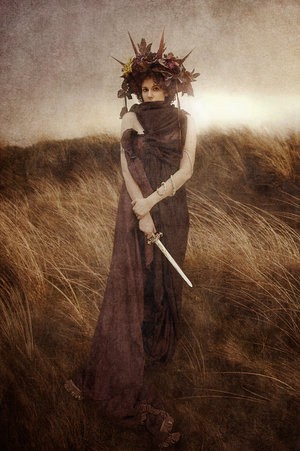 Medea’s actions are about hurting the patriarchy—not about personal revenge.

By the end of the play, Medea has become an amoral force of nature, literally destroying her children as symbols of the society they were born into. They become a sacrifice, so that the society can understand it errors, make amends, and begin healing. Only through equality where all people are treated and judged the same can eliminate the hierarchy of oppression that sexist, racist, and classist attitudes perpetuate.

Near the end of the play, Jason says to Medea: “There is no Greek woman who would have ever dared such deeds” (l. 1314). And this is the point: Greek woman are part of the patriarchal system that raises them since birth to be subservient. In other words: they are integral parts of their own oppression—that’s what makes them morally sound as “Greek women” because they unconsciously accept and are controlled by a more system of inequality. HEre’s that good old double standard that is so evident within our own culture today: in which protestors are demonized for asserting black lives matter while the rich practice a capitalism of relentless disenfranchisement. We’re lucky that a small majority of these oppressed folks might occasionally burn out a police station rather than begin killing the children of plutocrats.

Yes, Medea is a monster to the society which she attacks, but if we can just see the important lesson within Euripides’ tragedy, it might just save us.