To celebrate, I took a ride with Giles.

The temperature is climbing into summer, so I need to get in as much riding as possible. We started early-ish, around 10:30, and headed north-east toward Milledgeville. I remember Ivey, GA, being on a lake, so I thought I’d direct us through there, into Milledgeville, around to Monticello, and ultimately down GA-42 through Forsyth. As I was feeling good, I ended up extending the ride further down 42 and into Musella before heading back through Lake Tobesofkee. 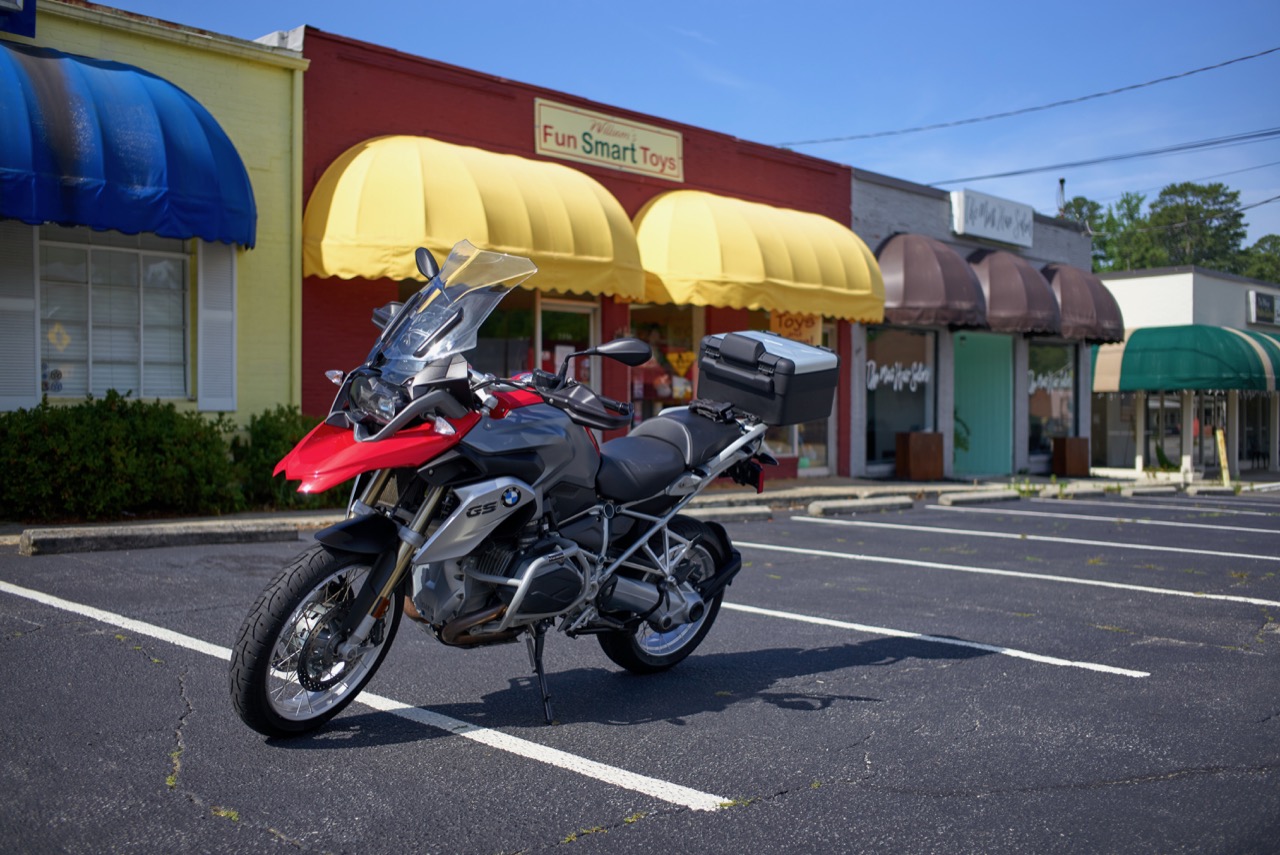 Ivey was a bust. First, SR-57 (SR-540) is a four-lane highway—not the sort of riding road I go for. The landscape was nice, but the road was too big. I took this way to Augusta a couple of years ago on the Scrambler, so I should have remembered the “Fall Line Freeway.” Lake Tchukolaho was completely dry, and frankly pretty sad. I had planned on stopping, but no need. I kept going, and Waze began to fuss at me, as I passed Ivey.

(OK, so that’s the problem with using Waze on the bike. First, it’s apparently not smart enough to realize when I have arrived, so I have to stop it myself—impossible on the bike wearing gloves. All the way to Milledgeville, it kept trying to get me to turn around. Very annoying. I wonder if Siri would make this any better?)

After a stop for a photo in Milledgeville (after I had to self-direct downtown), we headed north-west on a more cycle-friendly, two-lane road (GA-212). At a couple of points it crossed Lake Sinclair, busy with boaters and weekend water-seekers—even during a pandemic. 212 was lovely: hilly and curvy with light traffic. I think I only had to pass one F-150.

I’ve always liked Monticello. It has a lovely town square where several roads come together. It contains the requisite confederate monument (bleh), but seems to have modern coffee shops, restaurants, and art galleries. Everything was closed for Jesus day, but it looks like a place one could spend a nice afternoon, sans quarantine. Giles did not get out of his car (he didn’t the whole day, so I felt kind of bad for stopping), but I wanted to rest and take a couple of photos. 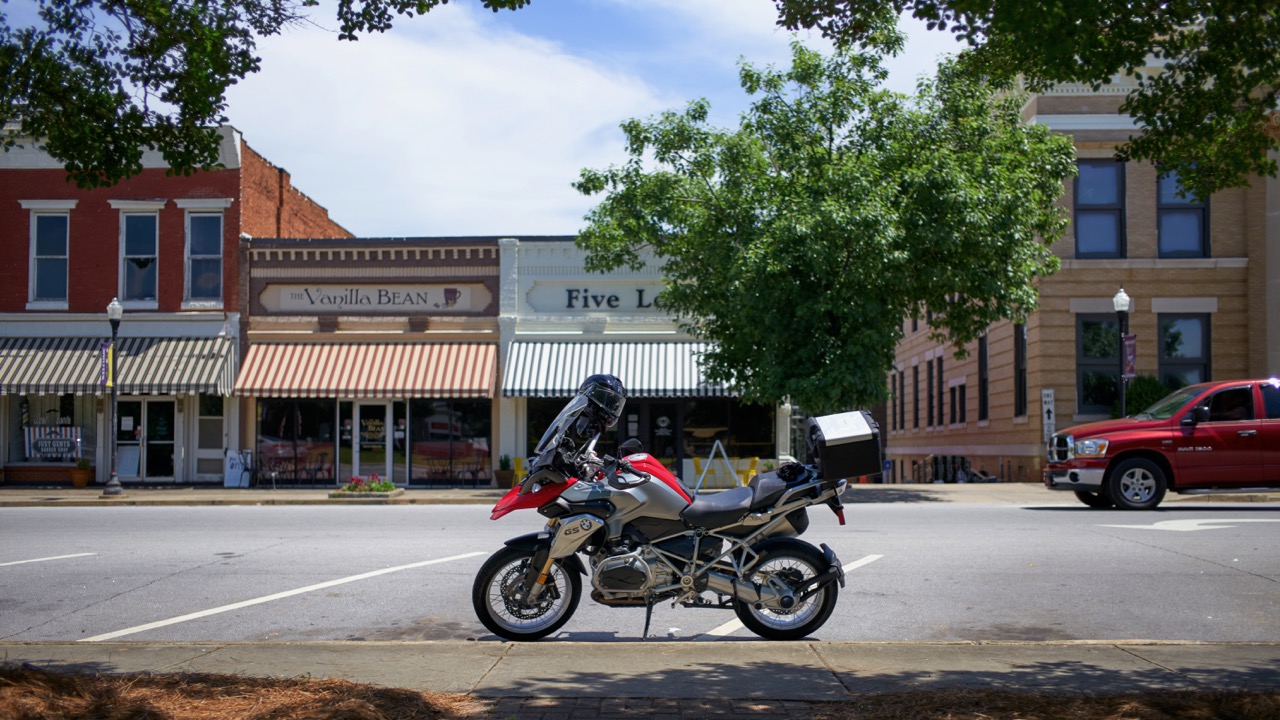 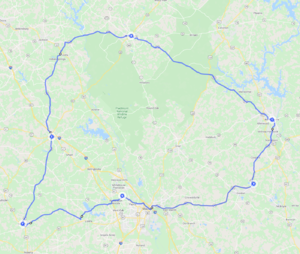 Monticello was our last stop. We took GA-16 west to GA-42 south. We went through Indian Springs State Park, and it looked like a great place to bring Henry for the day. Again, during non-quarantine times—if we ever see those again. We took 42 to Forsyth, where I had intended on taking 41 home, but I felt like riding some more and just stayed on 42 south. This is a great road and even better because of a dearth of traffic. Again, I could have swung left on GA-74 back to Macon, but I continued to Musella, thinking of that small two-laner, East Hopewell Road, heading back east. With Waze just tracking the ride (I have really gotten used to the constant speedo display), I saw a road we could use to cut back north through Lake Tobesofkee. Here be traffic, but no matter. It was a great ride.

I’m pretty impressed with my increasing endurance. I’ve been trying to build-up, knowing that I have longer rides ahead. If I had to estimate, I probably did the last 70 miles without resting; according to the map, we covered about 150 miles. A good Sunday ride.