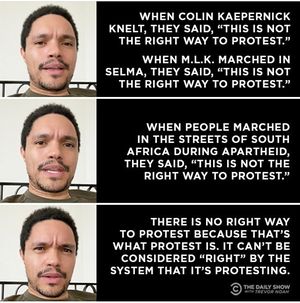 (Does this make me a member of the Radical Left? An “academic apologist”? I think I prefer iconoclast.)

June 9 UPDATE: Apropos to this discussion, see the last couple of minutes of Last Week Tonight. The episode “Police” is worth watching in its entirety, but this woman’s poignant speech should be heard by everyone. Are you listening, Podhoretz?