The Garden
Lyrics by: Neil Peart; Music by: Geddy Lee and Alex Lifeson; From Clockwork Angels

In this one of many possible worlds,[1] all for the best,[2] or some bizarre test?[3]
It is what it is—and whatever[4]
Time is still the infinite jest[5]

The measure of a life is a measure of love and respect[8]
So hard to earn, so easily burned
In the fullness of time 10
A garden to nurture and protect[9]

The treasure of a life is a measure of love and respect[12]
The way you live, the gifts that you give[13] 20
In the fullness of time
It’s the only return that you expect[14] 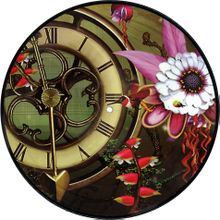 I had considered doing a series on Peart’s lyrics: posting a new song and writing a bit of analysis. I think this is a cool idea, but I’m not sure I have the time to do it justice. Still, I think this song is an excellent final statement from Neil—a simple song that perhaps contains the wisdom of his life.

I see an obvious allusion to Voltaire’s Candide and a repudiation of the philosophical optimism that was popular at the time. At the end of Voltaire’s satire, Candide works in his garden: this is the new measure and meaning of his life—not that for which philosophers live. He has no energy to justify that which he has found is unjustifiable—abstract uncertainties that are the meat and potatoes of philosophers and theologians. Nor does it matter. Even the Watchmaker, if it exists, doesn’t matter ultimately. It’s what we do in this world—what we leave for others—that matters, not what we believe.