I’ve been remediating this 2001 interview with Norman Mailer for volume 2 of the The Mailer Review. A couple of parts are interesting, but this section about violence is insightful:

Grobel: Then let me ask you, why are violent men always religious?

Mailer: I don’t know if they’re always religious, but they tend to be. Violence is one of the existential states. So very often in a violent act you don’t know how it’s going to turn out. It’s different from the way that it seems in the movies or in books. It’s indefinable. Anyone who’s been in an automobile accident knows how the moments before the accident have some exceptional time changes. I once got hit by a car many years ago and it was an extraordinary experience. I bounced off a couple of rocks and ended up wrapped around a tree, but it all took place very slowly.

Grobel: Were you knocked unconscious?

Mailer: No, but it was odd. It was a sports car, and it just bruised my hip. But it’s just so different from the normal and the given that it leaves you with an echo that has a touch of the cosmos in it.

The parts about the car accident seem to speak to what Ballard was getting at in Crash. Honestly, I don’t think I ever fully got my head around that novel: yes, it has something to do with our alienating, high-tech world; the location of rupture and penetration as a way to experience something beyond the quotidian; the expression of power and lust in our machines (more alive than we are?)... But Mailer’s comment about “a touch of the cosmos” the “exceptional time changes” the automobile accident elicited. Maybe Mailer and Ballard are closer than I thought.

Later, in the same interview, Mailer states: “Because people, without exception, who hate it are people who love a lot of control and high tech in their lives and don’t like to talk or think about death.” Technology is a paradox for both Ballard and Mailer. It isolates us for our primal selves, while simultaneously providing new possibilities from reality. These “possibilities” are not necessarily positive, many are likely horrific, inhuman, and can lead to apocalypse. Death, for both writers, is always lurking: the more we push the limits, the more likely we will wind up crushed under the weight of metal and concrete.

I need to look at Ballard again in the context of Mailer’s insights into technology, particularly in Of a Fire on the Moon. Perhaps they have similar critiques of technology? This could be a good essay.

One of my favorite remarks is that the only time you ever do anything with great energy is when the best and worst motives in you are both involved at the same time. Or let’s say the most love-filled and the most hate-filled motives reengaged at the same moment. Lust is a perfect example of that. When one feels and makes lust for a woman, it’s precisely because the love we feel for her and the hate we feel for her at both being fully expressed. And those would-be sexual relations really come from just one side or another of oneself being expressed.

This could help explain “The Time of Her Time” in my article.

Finally, here’s the Dude showing his muscles this morning before camp. 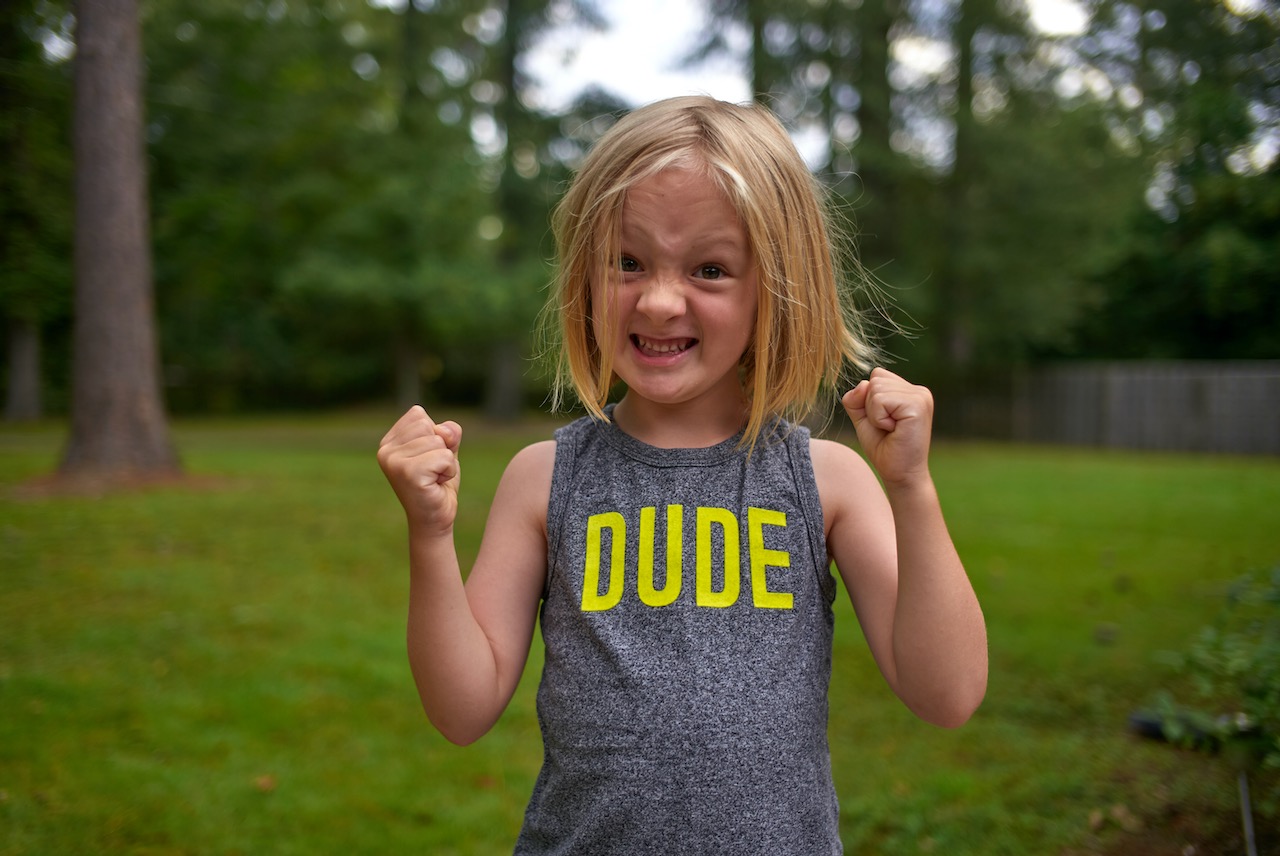