I submitted grades for my summer WritDM course this morning. I had an attrition rate of about one-third, which is normal, another third delivering perfunctory and often-tardy work, and another third embracing the material and doing well. I have found that in most cases, those who do the work on-time do much better in the course. Those who procrastinate tend to fail, or scramble to catch up, struggle, and end up hating the class. 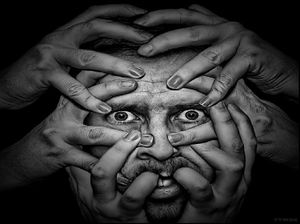 Wikipedia is not one of those platforms that you can just pick up at the last minute. If you have not been doing the training throughout the term and actually practicing regularly, you will probably have a miserable time and deliver poor results. This is a constant struggle for many of the students: I guess our current model of education encourages procrastination on semester projects, like research papers. Yet, the difference between writing a research paper and a Wikipedia article is that with the former, students do not have to learn the medium. This fact is key, I think, for the poor performance of many students: they assume the medium will be transparent, so they can wait longer to get started.[1]

Or one of the reasons. D2L is poorly designed software that has been pushed upon the university community for political reasons, kind of like Microsoft Office.[2] Elsewhere, I write:

The thing about poor software like D2L and Word is that we force them upon our communities as the only options, so we go through the hardship of learning them. Since everyone has to learn it, they become invested, so even if there are other options or another, newer one is presented, we default to the worse one because it’s the one we know.

When we compel the use of any medium, we’re teaching students not to think critically about their use of it. 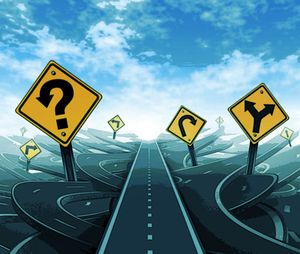 For example, here's part of a student’s reflection on the semester, something I often have my students do as their last assignment:

This paragraph proves my point perfectly. Like the classroom itself as a medium,[3] D2L teaches students to be students: to be dependent on a particular structure so that when it’s removed, they become anxious and uncomfortable, almost unable to function. This atrophies a student’s ability to adapt and think outside the box—to question an imposed structure rather than become dependent upon it. Different is interpreted as worse because we have forced students to use a system, made them dependent on it, and removed students’ ability to consider it critically. Because of its compelled ubiquity, D2L has become synonymous comfortable, organized structure.[4]

D2L has become transparent, and that fact is not healthy in an academic community. Bolter and Grusin define media transparency as an immediacy that erases the medium so the users are no longer aware of it.[5] Transparency removes the presence of the medium, and therefore, the users’ ability to critique it. We should use platforms that require students to pause, step back, and proceed carefully and deliberately.[6] This is one of the reasons I teach WritDM using Wikipedia. The writing here, in part, emphasizes the role of the medium in composition, and this is a necessary component in the class: it’s the “digital media” part.

I have an obligation to choose the best platform available at the time for my desired outcomes. This is an ethical matter that we educators should take seriously. If Marshall McLuhan is correct when he writes “the ‘content’ of any medium blinds us to the character of the medium”[7] and “any medium has the power of imposing its own assumption on the unwary,”[8] then don’t we have an obligation not to embrace the status quo and encourage students to be more critical of the technologies that shape their lives? I think we do. Rather than teaching a dependance on certain arbitrary platforms (especially from ethically dubious corporations), let’s teach them the skills to be more creative, adaptable, and critical.

Retrieved from "https://grlucas.net/index.php?title=Why_I_Don’t_Use_D2L&oldid=12108"
Categories:
This page was last edited on 14 August 2020, at 15:25.
Privacy policy
About Gerald R. Lucas
Disclaimers