Last night, President Blake made it official in an email: 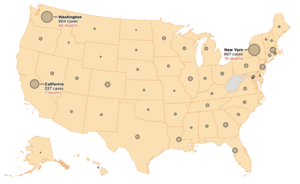 I knew this would be coming, and it’s a positive development. I have a few books to retrieve. from my office, but otherwise, I should be able to make the transition rather quickly. I wonder if I should try to have some online meetings via Zoom? This could facilitate my final group teaching in New Media, and allow me to meet a couple of times with my literature classes. Zoom seems pretty straight-forward; I just created an online office space. I wonder what the limitations are with the free account? I guess we’ll find out.[1]

Again, these closures are smart, especially because most people seemed they would keep attending OTR. When I opened the app to cancel my classes, many had waiting lists. If people won’t do the right thing on their own, I guess they have to be coerced. Isn’t this what the government is for: to protect its citizens? Why does this remind me of the anti-vaxxers? 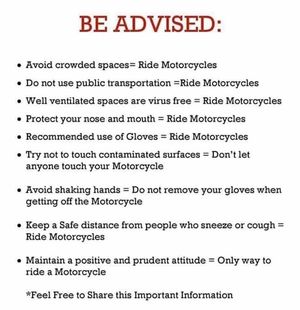 I wonder how long this will last. I’ve never experienced anything like this in my life. I’ve heard comparisons to the gay community’s response to AIDS in the eighties and wonder if the comparison is apt. They, for sure, were on their own. Maybe this is why 45 is doing a bit of a turn here: the economy is being bludgeoned and apparently rich people can get the virus, too. This could be the death knell for the ’Rump administration. Let’s hope. That was its own plague.

The weather today is cool, foggy, and overcast like yesterday—not conducive for a motorcycle ride. That’s one activity that I feel I can still do in the midst of this crisis—at least when the weather cooperates. Maybe this would be the time, too, to trade up to a used GS? Yeah, probably not. Still, I hope I am able to get out there soon. I don’t want Sunday to have been my only ride this week.

On a completely unrelated note, I binged the first five episodes of HBO’s recent limited series The Outsider. With a soundtrack that sounds like old cars idling, it has a pretty sinister vibe. The show begins with the most heinous thing Stephen King could probably think of (even showing it briefly), and builds from there.

It tries to pull off a True Detective season one vibe—a cross between police procedural and supernatural thriller—with mixed results. After five hours, I’m only half-way through, and I’m wondering if the show isn’t too long. I’m not sure if I like the lead, Ben Mendelsohn, either. Maybe it was that really awkward interview he had with Terry Gross last month. There’s just something off about him. Maybe there’s supposed to be. That said, Jason Bateman limited performance is stellar, though I’m not sure I can say the same about his directing. Still, what will they do in the last five hours? Maybe I’ll find out today.