I know that sounds pretty juvenile, but I’ve finally had it with Adobe.

Until a couple of days ago, I was very content with my university-licensed versions of Acrobat and Photoshop (Creative Cloud 2018). I use Acrobat often for OCR—otherwise, it’s a pretty crappy program. I launch Photoshop every so often for photo tweaks. Well, both expired two days ago, so I asked the university tech support for an updated license. And I just have three words: Why, Adobe, why? 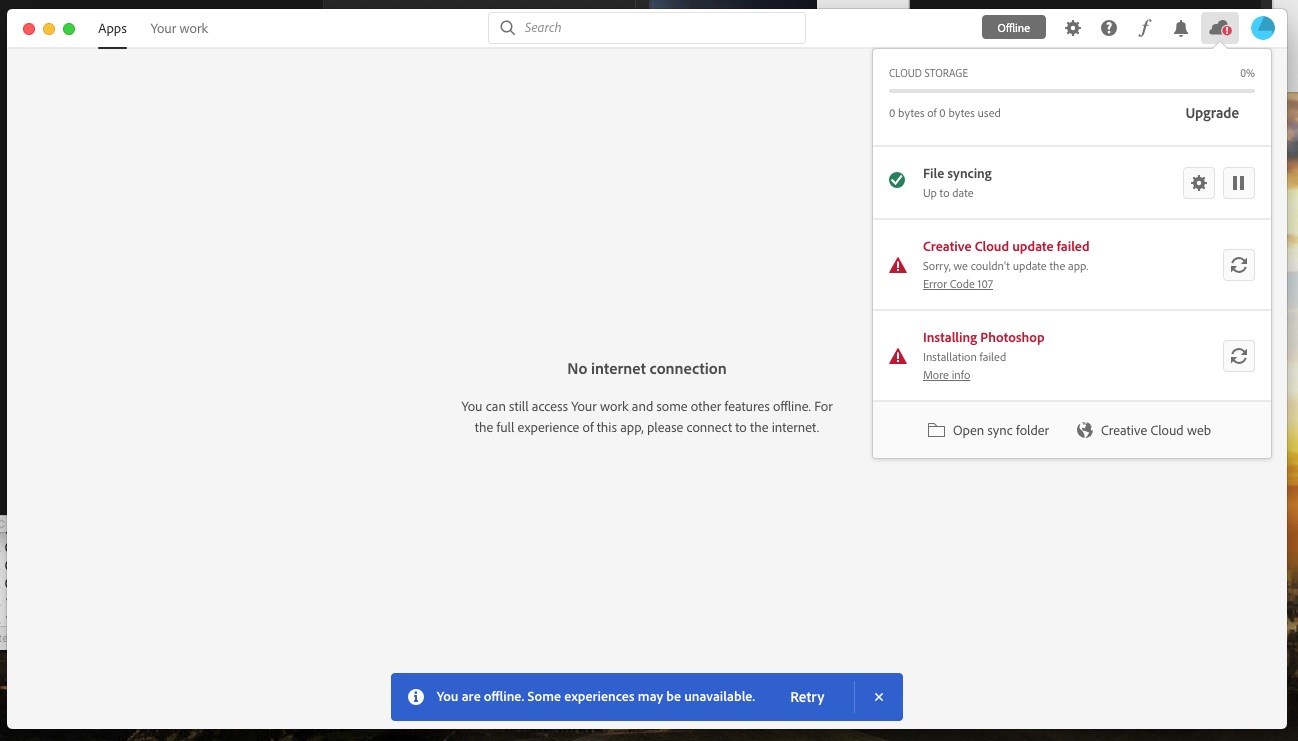 Everything is so complicated. Why do I have to install so much junk just to have two programs? Start with some app installer that runs all the time—I guess so Adobe can monitor everything I’m doing. I guess it’s their version of a crappy app store. I think, after a couple of tries, it’s working in my office, but on my Power Mac, it will not connect to the server (see image above). I get all sorts of error codes—none of which seem valid; it says there’s no internet connection. There is. I have asked university support, but as I figured, they had no idea. Even Google didn’t help. Adobe’s troubleshooting is just as cryptic as their stoopid app installer. You know what, Adobe, I think you do not want me to use your software, so I won’t. I know: that really hurts you, right? Well, I’ll also let the university know that we should no longer purchase your software, since it doesn’t work. There must be alternatives.

(Oh, and I can’t even uninstall their software. Are you kidding me? And, for the record, I do not have any Adobe apps on my MacBook Pro. Just unbelievable. I know why this happened, too. I tried to run the uninstaller for Photoshop (CC 2018), and it told me the uninstaller needed an update. Uh, right.)

So that leaves me to find alternate programs. I already know Gimp would be a fine replacement for Photoshop—especially as much as I use it. As for Acrobat, I have to find something that pairs with my scanner, since I make PDFs all the time. How hard can it be. Surely someone has made a better version of Acrobat than Adobe can manage. I guess I have some looking to do.

It really is a shame, Adobe.