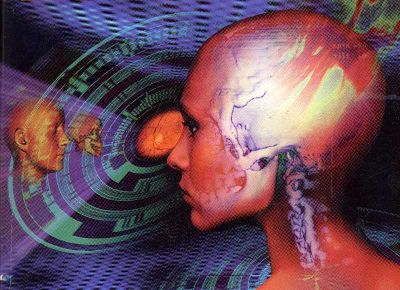 Diaspora is a book of ideas. And, man, they are heady. Imaging you have a really smart computer—as creative as any human that’s ever lived. This is a story that this super-smart computer might tell. It’s compelling, even human in its concerns, but very alien at the same time, like sf from another dimension. Diaspora is strong science fiction: engaging, smart, challenging—pushing the boundaries of perception and possibility that could very well resemble our own posthuman future. Yet, at the same time, it was difficult to hold on to (maybe the point?) as it jumped from character to character, concept to concept, millennia to millennia so there was never any emotional involvement in the story, except, maybe when the gamma rays from Lacerta hit the earth. Maybe this was Egan’s intention.

Diaspora is an epic quest for understanding—the logical progression of humanity after a singularity event, which Egan called the Introdus. This was a time when many biological humans uploaded either into computers or robot bodies, called “gleisners” (interestingly, a “hypocrite” in German). The humans that remained, or “fleshers,” became static—those who remained unaltered, or exuberant—those who altered their bodies. As you can imagine, the future is not kind to the fleshers, and they are quickly left behind, though their embodied residue remains with the software citizens, even those like Yatima who are “born” in the computer.