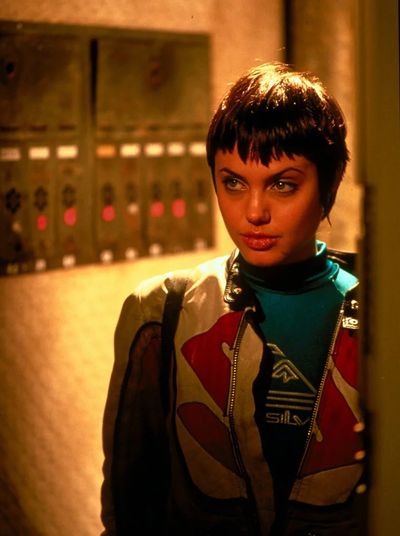 I had a cavity on my lower-right wisdom tooth fixed this morning. The novocaine wore off sometime mid-afternoon, and after lunch the uncomfortable unevenness went away. Now my jaw just hurts, probably at the injection points. Remarkably, the whole procedure was probably as comfortable as it could have been. I think I’m just a wimp.

I watched Hackers the other night. It’s a truly dated and pretty ridiculous movie from the mid-nineties, one of Angelina Jolie’s first, riding the waning cyberpunk wave from the 80s, I guess. A short-haired Jolie—looking more like a Vulcan from Star Trek than the hacker “Acid Burn”—was the barely redeeming part of an otherwise obnoxious film. The protagonist, Dade Murphy aka “Crash Override,” is utterly flat and devoid of any charisma and the black-hat was this short bearded caricature eighties Bond villains. The whole thing was more like a fantasy of what a pre-Internet culture would think hacking looked like. I’m surprised I made it through this spastic film. It was probably Angelina Jolie and the totally unexpected and gratuitous breast shot. Still, it’s not really worth it.