So, I have this idea that I will ride the BMW R 1200 GS to this year’s Mailer Society conference in June. We’re holding it in Long Branch, NJ, about 900 miles away. Yeah, I tell myself, that would be a great adventure. Yet, after the truly arduous ride I had today, I’m beginning to question the wisdom in taking on such a multi-day journey.

The day was lovely—maybe too lovely. It was in the upper-60s around noon, and I decided to take the lining out of my riding jacket thinking it would be too warm. Well, I was right on the cusp of too cold the whole ride to Senoia—which took longer than it should have. My BMW Navigator VI seemed to struggle to get us there, and the backroads, turns, and detours were just too much. A short hour ride turned into a two-hour affair, once wanting me to take a dirt road and frequently inviting me to go off-road to save two minutes. I would not have minded either of these, but I assumed that Giles would not want to take his M235 off-roading. The traffic, too, seemed really dense for mid-day in what I thought was rural Georgia. 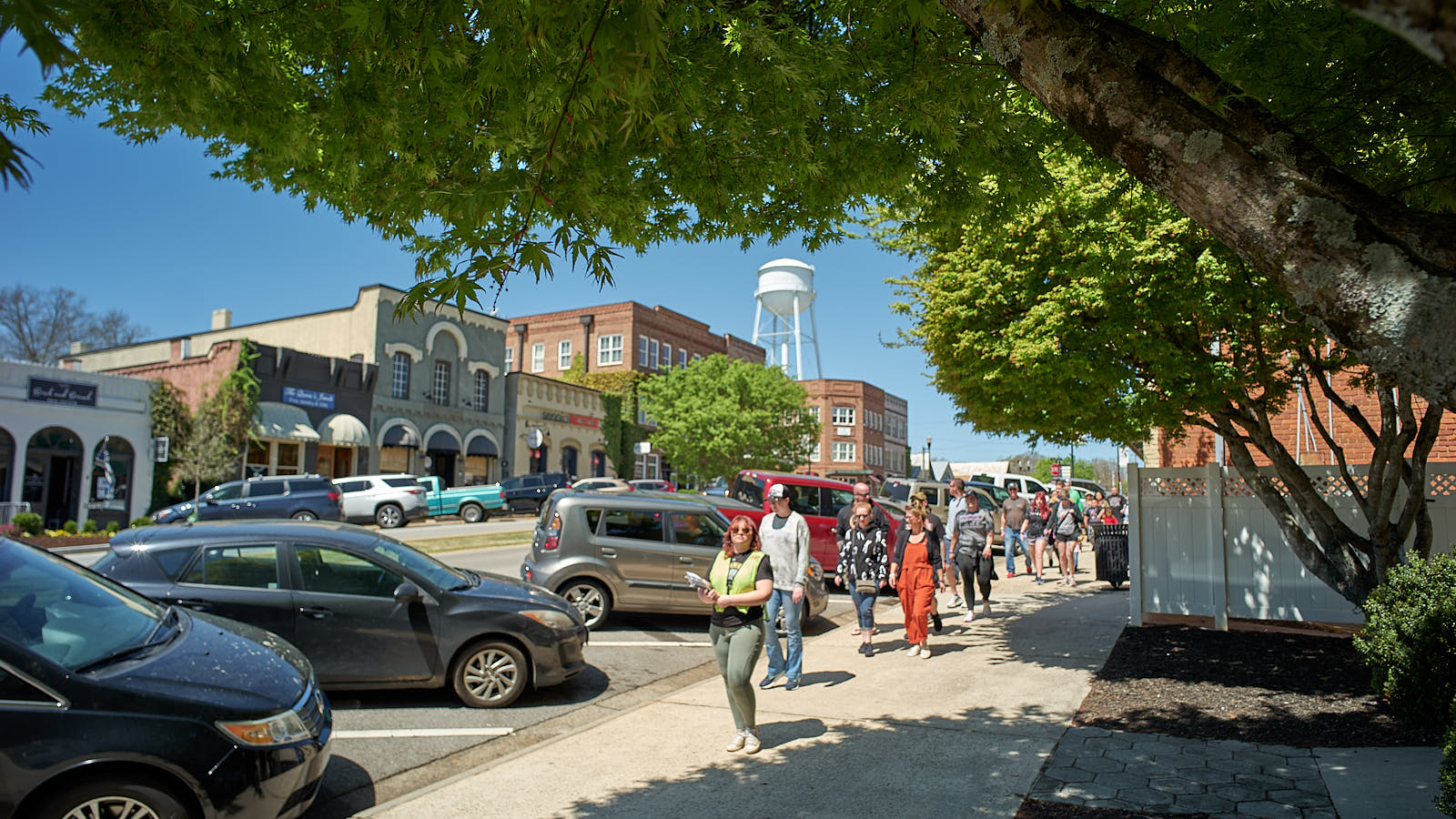 Senoia, GA, is a lovely little town. It’s clean and has a robust downtown, albeit small. I think it’s main claim to fame is that The Walking Dead was filmed near there. Many of the businesses in the downtown had walker-themed attractions. Giles and I ate at Nic & Norman’s since they had outside seating options. In all, it was a pleasant place to spend a cool, sunny afternoon. We couldn’t tarry however.

The main goal of this ride was to pick up dinner for the family at Masala Cottage. Autumn had placed the order to be ready by four, so we had to scoot just after lunch. Since my GPS was not dependable today, I asked Giles to lead to McDonough. It was a straight shot east, according to the crow, but I knew the route would be more like ours was to Senoia. I was not incorrect, unfortunately. By the time we made it to the restaurant, I was pretty beat, but no longer cold. And the traffic.

After getting our to-go orders, we decided just to hit 23 south back to Macon. Giles had planned on a bit more riding, but we were both pretty much over it. The dense traffic followed us through Jackson, and by the time we were on the final 40-mile stretch, I could have used a nap. I muscled through and tried to enjoy the late-afternoon beauty.

While the day’s ride was tough, it was worth it. We had a great Indian dinner. However, I was beat and had to lay down for a few before was ate. Congestion and traffic are not the motorcyclist’s friends, and I know the closer I get to New Jersey, the worse both will be. Can I do it? Should I do it? Maybe I need to train before that marathon. I have about two months.

See a couple more photos in the Senoia, GA gallery. I feel lame having not taken more.