After seeing a couple of videos on YouTube about tiny/mini/micro computers as servers, I decided to pick one up. It’s not that I’m out of love with my Raspberry Pis, but they are impossible to get these days because world supply chain shortages, or something. So, I found a Lenovo ThinkCentre M710q Tiny on eBay. The seller was in Atlanta, so I had it in two days. And I have to say: it’s a well built little machine, a but smaller than a Mac Mini. It came with a paltry 4GB of RAM and a 180GB SSD—enough to get me started, but I have a 1TB NVMe drive and 16GB of RAM on the way. All-in, that’s about $350, and based on how clean the machine is (the protective plastic was still on the front and there was not a speck of dust internally—like it had never even been turned on), I got a deal. 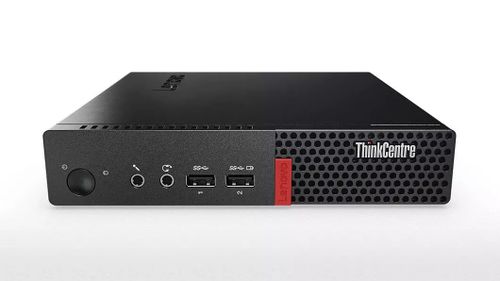 I borrowed a monitor from the university (thanks, Shaun!) for play and installation. With Ventoy and a 128GB USB stick, I played with a few Linux distros. The machine is sprightly and the distros just work. How lovely. I think my favorite desktop flavor was Fedora, believe it or not. It almost makes me want to get one of these for a desktop machine. I could spend under $500 for a great little Linux machine for the house. I would really like Henry to learn Linux. Hmmm.

I installed Ubuntu Server on the small SSD, following Marc’s tutorial. I managed to do everything in the video, but got stuck with installing Remotebox on my MacBook Pro. Go figure. Webmin is pretty cool, though I do love the command line. Portainer, too, seems convenient as a GUI frontend for Docker. I was disappointed that I couldn’t get Remotebox to work. It would be very cool to play with a level one hypervisor, so I think I may install Proxmox when my upgrades arrive. It could be convenient to have Windoze on a virtual machine, no? Maybe I can even get a license via the university. I played with Docker a bit, and Proxmox would allow containers, too. It still seems a bit complicated to me, but I’m sure there’s enough help out there so I could set up what I needed. Proxmox would even allow me to set up Kubernetes, but I would need a couple of more nodes.

I don’t really have a practical use for this machine, but it’s a nice addition to the homelab and will allow me to play and learn. Ideas?