Since my return to college in the early-1990s, I have been a student of empathy. I almost wrote “the human condition” there, but this humanistic tendency to listen to the chorus frequently attenuates the individual voices that add distinctiveness to the music. In fact, a chorus implies a unity of purpose, and however much we may desire as a society to hear harmony, my metaphor does not account for the dissonance and syncopation that make music more challenging, but ultimately more interesting. I always considered literary studies to be not only simpatico with diversity, but integral in its practice. While literary studies as a discipline has it phallocentric history, in the second decade of the twenty-first century, we academics and educators must be inclusive and equatable in our everyday practices. 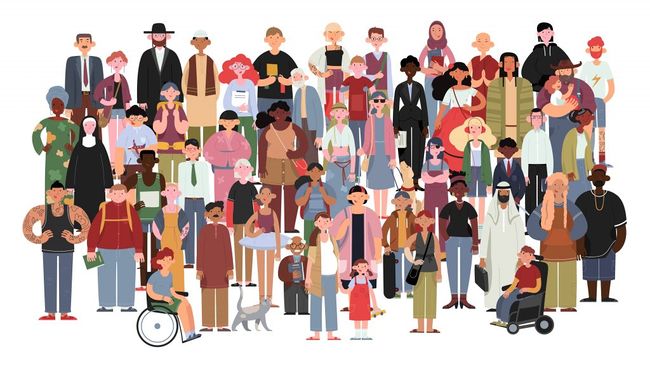 After the killing of George Floyd and the subsequent Black Lives Matter protests, our national identity was once again confronted with the reality that our practices do not reflect our values. America’s democratic values, while historically exclusive, should encompass all how live within its borders. True democracy demands equality: everyone’s vote counts the same in deciding our representatives and laws that govern us. If the chief aim of our democratic republic is inclusion and equality, the fact that some citizens are treated differently because of their skin color, sex, income, or religion should prompt us to take a hard look at how we treat difference. In How to Be an Antiracist, Ibram X. Kendi posits that in order to oppose racism, one must be actively antiracist: to not only see the inequality that privileges one racial group over another, but to pursue changes to the system—from attitudes to policies to law—that treat all members of society equally.[1] Difference should be seen as diversity and not dismissed outright based solely on its ostensible variation. In other words, difference is not wrong. Likewise, just because something is different does not automatically make it better, but it does make it deserving of the same consideration we would give any familiar idea.

As a white male who was raised in a an almost complete homogenous culture, I did not have the necessary experience in my early adulthood to accommodate difference. I look back and cringe at some of those uncomfortable experiences based entirely on my perception of difference as threatening. In hindsight, my experiences were mild but ultimately insightful in overcoming the fear that we might experience moving too far away from home. When I was nineteen, I lived in Cincinnati. I took some time off from college back home, and I just wanted to go somewhere new. I worked as a waiter and met new people, including Ken. Ken is what you might call a “bear”: a large, hirsute gay man. Ken helped me orient myself to the restaurant, gave me advice, talked to me during breaks, and became a friend. Eventually I met his partner, and they invited me to go with them to a downtown gay bar for a drag show. Others from work were going, so even though I had never done anything like that before, I agreed. My reaction was not positive: my anger and discomfort became written on my demeanor. This alien world felt threatening, though I had absolutely no reason to feel that way. These guys were having fun — reveling in each other’s company and enjoying the talent that bent gender and my comfort. I must have looked the fool: back against the bar and arms crossed, not talking to anyone and glaring at the performers on stage. My obvious discomfort made a drag queen on stage take notice, and ask me a question. Like in a movie, I remember the whole place going quiet awaiting my response, and instead just getting my defiant scowl. “Ewwwww,” she said on stage amid howls of laughter, and continued the show without looking back. Ken never asked me to return, nor do I remember him talking to me much after that night.

I still feel intense shame when thinking about my irrational behavior. My narrow life experience did not allow for something so foreign. My reaction was to shut down, calling even more attention to myself. I had no way to empathize, so my reaction was one of aversion and disgust. My subsequent liberal arts education changed me completely. It allows me to embrace difference and even seek it out. That comfortable blanket of ignorance only separates us from possibility. I no longer need it, nor do I miss it.

I have found the best way to be open to diversity in my everyday life, to truly practice equality and inclusion, is to check my own privilege. I told my seven-year-old son that one of the hardest lessons I had to learn in life is that I am not intrinsically better than anyone else, but my privilege comes from being successful at meeting the goals set by others who look and think like me. I earned my Ph.D., a tenure-track job, and an income that allows me to afford a middle-class lifestyle. While challenging, what I look like benefited me, rather than standing in my way. Now, I’m able to use my position to challenge inequality and change it where I have influence, like the classroom. The classroom is a microcosm of society, and I challenge assumed ideas in my teaching, like rearranging the furniture and sitting with the students so that my authority is minimized, trying to speak as little as possible, and encouraging students to add their own experience to our collective knowledge. Rather than allow the medium of the classroom to impose its own order on our behaviors, simply altering that medium often has profound effects and fosters agency and belonging. If we can eliminate imposed assumptions, we can get to the business of developing engaged and equal citizens.

Finally, in my experience teaching media studies, I have come to the realization that technology could be a catalyst for change if we can avoid what Donna Haraway called “the informatics of domination.”[2] If McLuhan’s assertion that “the medium is the message”[3] is correct, then it is our duty to critically examine the technologies that constitute our lives and decide not only which are best to help us reach others, but which also color our realities in negative ways. Education is still key, and its mission is even more crucial today.

So maybe diversity is like free jazz, rather than a choir. I have to work on this metaphor.