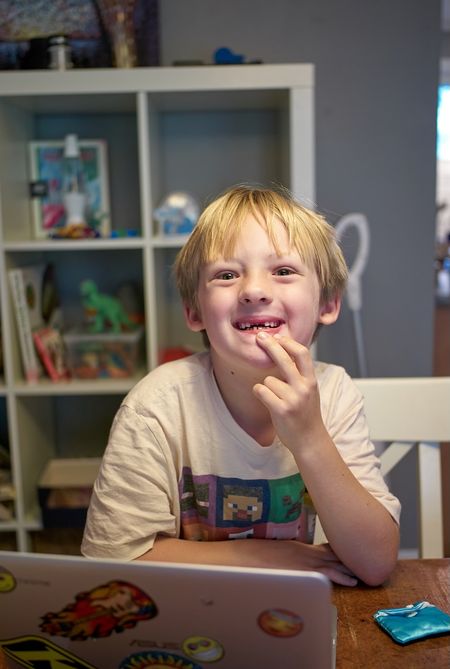 Henry has lost his two front teeth in a week. Along with a bottom, front tooth, these two have been loose for a while, and despite playing with them, they held on. Finally, with a little blood and fewer tears than I expected, he got the first one. The second one jut fell out while he was sleeping. We found it under the pillow in the morning. We’re keeping the tooth fairy busy.

In other news, it looks like hurricane Ian is going to scrub our weekend getaway at Amelia Island. We were supposed to go down on Friday and spend the weekend, but Ian is supposed to hit on Friday, so of course it is. I was even going to ride, but whatever. Now, we have to prepare for a potential category four hurricane here in Macon.

Today is lovely. I’m sitting on the patio having coffee, like a home buyer on House Hunters. I spent a bit of the morning cleaning up the house—an endless project with a seven-year-old. Clutter doesn't bother Autumn or Henry, but as I’ve gotten older, I long for uncluttered, minimalist spaces. Clutter stresses me out, but like the characters in Do Androids Dream of Electric Sheep? I’m fighting a losing battle against “kipple,” or what Dick calls the dust and detritus of life that just accumulates in our living spaces and will eventually absorb everything.

Finally, I get my flu shot and COVID-19 booster today. I plan on riding to Hartley Bridge for my appointment.