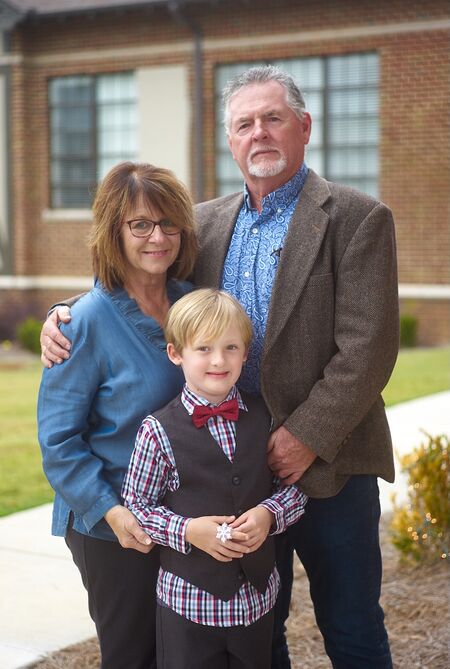 Yesterday, Henry had his first piano recital at an assisted living facility on Ridge. He and about fifteen other students of Charlotte Bearden’s each played for the audience of parents and residents. Since Henry was the youngest, he went near the beginning. I really wasn’t sure what to expect: Henry does not practice as regularly as he should, nor have I heard him play his chosen piece, “Deck the Halls,” yet without stumbling or error. Add to that the impressive audience, and I thought he might have some trouble.

Well, I’m happy to report that his performance was pretty flawless. He stood up near the piano as Mrs. Bearden introduced him, bowed, and sat right down to play like he’s been doing this for years. I was impressed. Way to go, Henry. My biggest obstacle as a trumpet player was performance jitters. Maybe that won’t be a factor for him.

His performance was much better than my photography at the event. The light was weird or something, but most of my photos looks pretty lifeless. The best one I took was of Henry with the grandparents—in fact, it just might be framable. I did get a few shots of Henry at Henry Burns Park for playtime afterward.

Well done, Henry. Now, if I can just get you to practice more, you could be a strong musician.