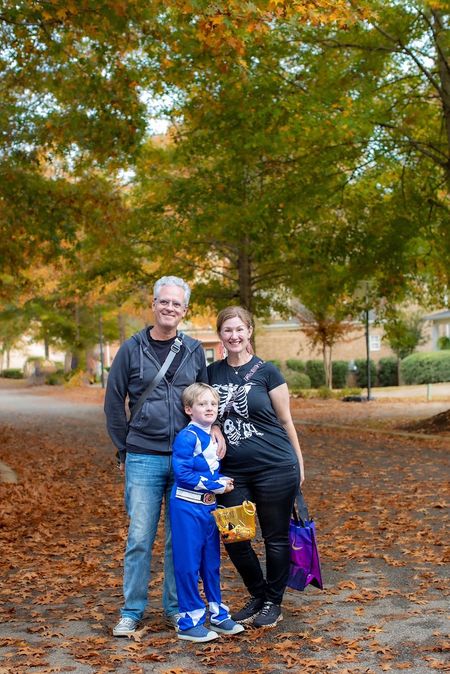 Henry’s friends Roy and Chloe invited him to trick-or-treat in their neighborhood of Providence off of Bass Road on the very north end of Macon. What an event: it felt like a million kids were there, and many of the neighbors were really into it. I would say that one-in-five had set up a table and welcomed all the kids, but still most of the houses did not participate. I could see where it would get overwhelming and expensive, but it’s an affluent neighborhood, and they welcomed kids from everywhere.

I had the Leica M8 and the Ultron 2/28, of course. These seem to be my weapons of choice lately. Shawn was carrying his huge Canon 1DX wearing a 50mm f/1.2. It’s a heck of a kit, and it produces some stunning photos, evidenced by the one here. However, I was glad he was carrying it and not me. My Leica M8 was tiny in comparison, and I think I took some good photos.

We made it around the neighborhood and were back by the time darkness fell. Henry earned a huge sack full of candy, but everyone was tired. We said thanks and good-night and went to pick up a late dinner. It was a pretty fun Halloween, and we might have a new tradition.

Check out my Halloween gallery.