It’s been a long time coming. Thanks to Lidarr, I finally began to organize my decades worth of digital music. This is no small task: I had stuff everywhere, mostly, it seems, thanks to iTunes or whatever organization Apple music players have attempted over the years. And that was only AAC and MP3 with a bunch of DRMed files thrown in for good measure. That does not include my FLAC files, since Apple decided it couldn’t play those. I also have quite a bit of hi-res FLAC files that even Sonos won’t play. What a mess. 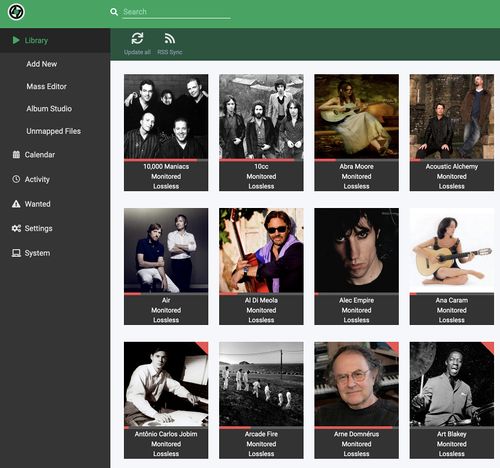 Well, Lidarr does not play music; but organizes it. That’s a godsend for people with large music libraries. It allows me to import and rename files in a consistent way—no matter what kind of files they are. The folders are organized by artist, and their releases are contained within. Lidarr uses Musicbrainz for its artist and release data, so tracking down a release is pretty easy. I even helped with some information on Musicbrainz. It’s a bit clunky, but quite a database. I’m uncertain as to whether Lidarr rewrites the files’ metadata, but I suspect it does, since imports can take a bit of time.[1]

Lidarr connects to a torrent download client, but I really don’t need that feature.[2] I have quite a bit of music I digitized from my own CDs, mostly AAC (Apple Loseless) and FLAC. I have imported all of the important music already. Another great feature about Lidarr is that I can see the gaps in my music collection and try to fill those in. I am also pleasantly surprised at all the music I have rediscovered during this process: stuff I haven’t listened to since I had the Jolida.

The only drawback is Sonos. First, they will not play my hi-res FLAC files, though they obviously have the ability to. Second, when I import new files via Lidarr, I have to either wait for the Sonos app to re-scan the library, or trigger a manual scan to play the music. And since I have hi-res music now mixed in with standard loseless formats, I don’t know which files Sonos can or can’t play until I try. The Sonos app just sucks, really. Instead of a stand-alone app, Sonos should just make plugins for whatever application we listeners use. Why is this so difficult to get right? Apple still hasn’t done it.

Well, while I continue my search for the perfect audio player, at least all my music is getting organized. Thanks, Lidarr.