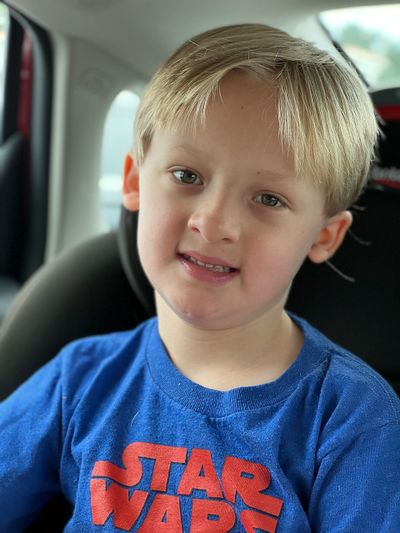 Since Henry is about to be a first-grader, he figured it was time for a haircut. I had an appointment scheduled for today to get my own doux did, but Mitch let Henry take my spot.

While he was nervous at first, Henry did a great job. He sat mostly still and allowed Mitch to work his magic. Henry’s only instructions were “make it short.” Autumn was afraid that he would ask for a mullet—the only style that she strictly forbade. He didn’t, so all went well.

The results are great, but who is this little dude!? I kept asking him that while looking into the rearview mirror. “It’s Henry,” he would answer, going along with the joke. We got some Burger King on the way home, and at least Henry’s hair is ready for the first grade.