Giles and I went back to Columbus today to fetch my newly inspected BMW R 1200 GS from Extreme Power Sports. Since I’m off on a bit of an adventure next month, I felt it wise to have the motorcycle checked to see if everything looks OK. Since Wooly’s in Marietta was backed up, I took it to Columbus—a much better choice, it turned out.

Giles and I dropped the bike off on Tuesday. The check-engine light had illuminated a week or so ago, limiting the power on the bike until I rode it around the block. I had not problems since, but decided this could not happen while I’m riding to New Jersey. Extreme Power Sports, formerly BMW Motorrad of Columbus, was able to get me in much faster, and Columbus is much more convenient than Marietta. The third choice would have been Cherokee in Greer where I bought the bike last November. 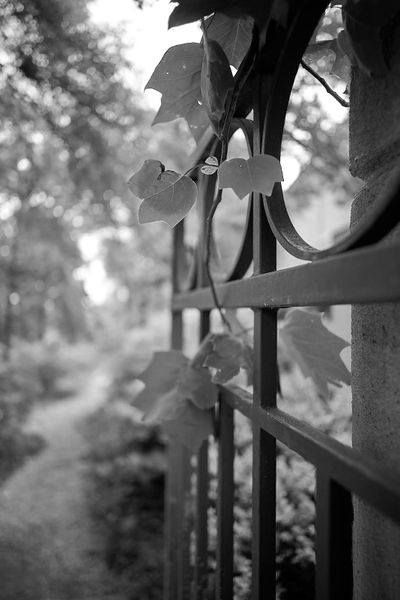 One of the entrances to the Olmsted Garden—the best of a handful of photos I took. Leica SL and Ultron 1.8/21.

After a visit to the Columbus Museum to see the Olmsted Garden, we had lunch at The Black Cow. They have outside seating, and we only had to wait a few minutes even though we got there just after noon on a Saturday. The meal was excellent: I had the Steakhouse Burger, and it was very competent, though the fries were a tad undercooked and generic. I would definitely return.

Next, we picked up the bike. I was excited to get back in the saddle. I’m not the passenger type. The service was expensive—$530 for an oil change, inspection, and diagnosis of the check-engine light. I guess when your bike has a German rondell on it, everything is pricier. At least I won’t need new tires for a while. I also picked up a Klim Marrakesh Jacket to match the pants I ordered. I also snagged a new pair of gloves. So, my entire bill was over $1K. Ouch. I need to put some old stuff on eBay.

I wore the Marrakesh jacket and Baja gloves on the ride back. The jacket is light and comfortable, but the gloves will require a bit of breaking in. The one on my throttle hand seemed especially tight. Now I just need some new boots, though I think those will have to wait.

We rode north on US-27 and hit GA-190 through FDR State Park—a lovely mountain rode in West Georgia. The traffic wasn’t too bad, but the slow-moes were out and kept getting in front of Giles. He let me take the lead in Woodland, and I managed to pass a couple of pickups, but always managed to be held up by some other slow-mo. Still, the day was nice, and I enjoyed just being on the bike.

Thanks to Giles for the ride and conversation. It was fun, even when I was a passenger.

Speaking of motorcycle travel: I have begun making my plans for the ride next month. I booked my ferry crossing from Lewes, DE, to Cape May, NJ. Only $50 for me and the GS! I have a feeling this trip is going to be pricey.