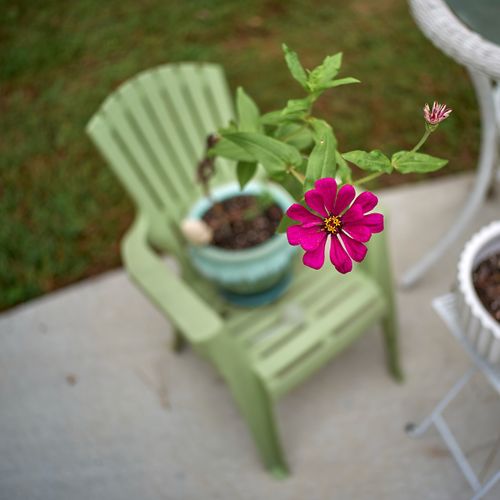 The M8 is delayed a bit, but I did receive the Ultron 2/28 today. It’s much smaller than I thought, reminding me of the quite small Nokton Classic 1.4/40 I sold a little while ago.[1] I put it on the Leica SL and took this sample picture.

I know, it’s nothing too remarkable—a poorly composed flower pict under an overcast sky, but check the sharpness and falloff. Yeah, this lens should work nicely on the Leica M8. I’m jazzed to try it.

Speaking of cameras, the Pentax 67 sold yesterday. I had just listed it on Craigslist and eBay, and of course the buyer used the latter. The good news is I got my full asking price; the bad news is that fucking eBay took 15% immediately and will now hold my money for a fucking month. Indeed, eBay gets shittier every time I use it, and I pay more for them to treat me like a criminal. Well, I have some Portra 400 in the 67 with three or four shots left, so I have to take those this weekend to ship the camera on Monday. Maybe later today. I so wish this camera wasn’t such a beast. I loved the photos it produced, but carrying it around was just comical. I will miss having a medium-format camera, so I might just keep my eyes open for a replacement down the line, like a Pentax 645. I’m keeping the Olympus OM-2N as a 35mm film camera, and I might collect a few more lenses for that system. Still, maybe I should dump that too and just save for a Leica M6...