Never Let Me Go: Some Notes

A major theme in Ishiguro’s 1989 novel The Remains of the Day is the incredible force of ideological conditioning that maintains the social structure. Stephens is born into a life of service, and his whole raison d’être becomes fulfuling that function to the detriment of his own humanity. In other words, the system asks that Stephens sacrifice his humanity to become a butler above all else. And thus, Stephens is robbed of his empathy, compassion, and morality in order that none of these distractions interfere with the sole important reason for his being: to serve his betters. Only as daylight wanes does Stephens realize that his whole life had been wasted for a system undeserving of his loyalty; his story is tragic and an apt critique of class, tradition, and the value of human life. 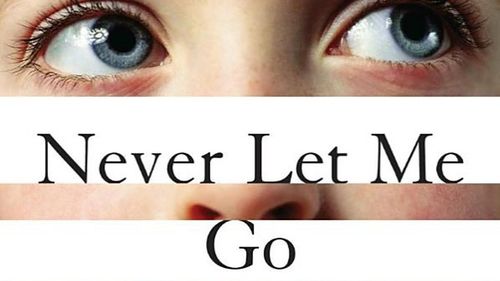 Ishiguro explores similar themes in Never Let Me Go (2005). This novel uses the accoutrements of traditional British life in a sort of brave new world. It’s almost like a science-fiction allegory for slavery in the contemporary world. It considers the mechanisms that keep people quiescent cogs in the gears of society, examined in the three parts of the novel: direction (school), freedom (the cottages), and purpose (work). The allegory could be applied to any ideological system that benefits a few while negatively affecting the lives of all the rest. Capitalism, religion, and colonialism come to mind, though to its benefit the novel expertly avoids any explicit critique.

NLMG asks the question: are our traditional values and practices still relevant in a high-tech, scientifically determined world? The first-person narrative seems to be mostly a coming-of-age story, but introduces some odd terms right up front: “carer” and “donor” hint at a mysterious dimension. It follows the lives of three “students”—Kathy H, Ruth, and Tommy—and the vicissitudes of their complex relationship. The novel begins as Kathy is in the last part of her 12-year career as a carer, and this fact does not seem too significant at first, though by the end of the novel her fate is clear.

As it turns out, the “students” are clones whose sole purpose for existence is to “donate” their organs to their originals. The novel never really says anything about who these people are, but anyone who lives in the world needn’t speculate too much. Like in Remains, these are the upper-class vampires that suck the life out of the lower classes and discard them like torn gift wrappers. Kathy, Ruth, and Tommy attend Hailsham (hale=healthy; sham=illusion or lie), an institution developed by a liberal movement to make the lives of clones less harsh, but it’s a ship guided by the winds of political expedience. The director, Miss Emily, explains that Hailsham was meant to give the students a buffer from the reality of their fates, but it turns out to only have conditioned them to eschew their humanity in lieu of their duty to the system. Well meaning, Miss Emily and Madame further hinder the students’ development and arguably make the reality that much more horrific.

By the end, the students go like cattle to slaughter. They are frustrated with the system, though they never think to question it or rebel. In fact, the traditional boarding school structure seems to have taught them to respect authority; they even support this structure with tacit behaviors that resist any acknowledgement of taboo subjects. Psychologically, the students become their own police in support of the system that dehumanizes them.

The novel seems to emphasize art and imagination as an important aspect of what makes us human. Madame, an associate of Miss Emily’s, would call at Hailsham occasionally and select the students’ best art work for what they called “the Gallery.” Why Madame would take their best work for the Gallery remains a mystery for the students, but it comes to hold some significance for Tommy especially. An awkward and temperamental child, he was never very good at art, so with Miss Lucy’s permission, he just decides not to do it, relieving a point of anxiety in this life. At the time, Kathy gets worked up and calls his decision odd, leading to more speculation about Miss Lucy.[3] Later, Miss Lucy recants: “‘Listen, Tommy, your art, it is important. And not just because it’s evidence. But for your own sake. You’ll get a lot from it, just for yourself. . . . Look, there are all kinds of things you don’t understand, Tommy, and I can’t tell you about them. Things about Hailsham, about your place in the wider world, all kinds of things. . . . The students who leave here, they never find out much. Why should you be any different?’” Kathy latches on the word “evidence,” and that becomes the root of Tommy’s theory about why the art is important.

He links it to the rumor of deferrals: students who love each other can get time to live together before they begin their donations.[4] Tommy begins to worry that he missed his chance, so he begins to draw his animals just in case they could act as evidence for the powers-that-be to judge him worthy of a deferral. As it turns out, these deferrals are only a rumor. It seems to me that this is what the cottages was for: time to be free from responsibility before their work began.

The final image in the novel is devastating. Kathy stands on the shoreline near Norfolk—a magical place where the students believe all of their lost things end up—looking at rubbish caught by wires and tree limbs. She begins to think that this trash is everything she lost in life, and that maybe she might see Tommy: “The fantasy never got beyond that—I didn’t let it—and though the tears rolled down my face, I wasn’t sobbing or out of control. I just waited a bit, then turned back to the car, to drive off wherever it was I was supposed to be.”[5] With the British stiff-upper-lip, she is resigned to her fate: she will become a donor and meet her end in a short time. This image suggests that her life has only amounted to rubbish, and that because of what she is, she does not deserve any better. She has adopted the stance of her oppressors.

In their last meeting with Miss Emily and Madame, Tommy and Kathy learn the harsh truth. Part of that is the how the general public view the clones: “We’re all afraid of you. I myself had to fight back my dread of you all almost every day I was at Hailsham. There were times I’d look down at you all from my study window and I’d feel such revulsion . . .”[6] The public wanted the clones closeted, so they did not have to see a reminder of their existence and how their attitudes dehumanized them. For them, the clones were spare parts. To see them as anything more would make them question a system that supports their well-being. What a mordant commentary on racism, sexism, homophobia, capitalism—all of these systems that easily allow one group to dehumanize another. The worst part is that it grooms the clones to be complicit in their own dehumanization.

Interestingly, the students live on the margins throughout the novel, avoiding the people “out there” by staying in their own spaces, driving on back roads, and remaining unobtrusive when they do go to towns.

So much more to talk about: