The Leica M8 Continues to Impress 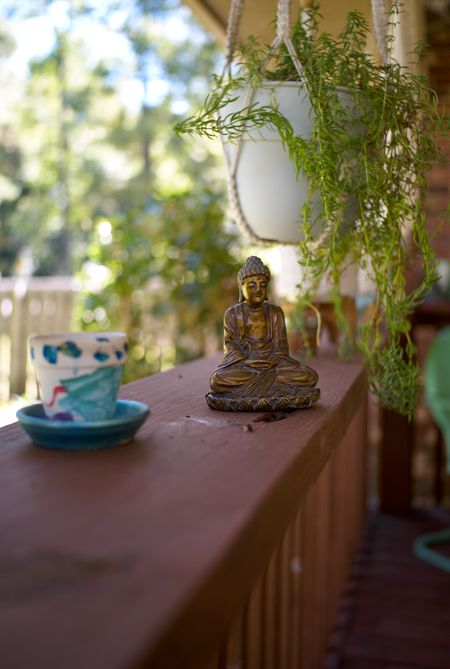 Just wow. The Leica M8 is a hell of a camera. And the Ultron 2/28 is a heck of a lens. Today’s photo is not a great photo, but at 100%, the Buddha statue is sharp while the rest of the image just fades into a controlled, lovely, dreamy bokeh. The colors, too, are great as is the dynamic range. While I had some initial doubts about the 10 megapixel sensor, it does a superlative job in small file sizes, and without the anti-aliasing filter, it renders crisp images. Seriously, this is an impressive camera—and it’s fifteen years old!

So far, the drawbacks are few. A notable one is the ISO range, but I rarely want to shoot something in light that’s too low. I keep the camera in aperture-priority, limiting the ISO range to 640 and below. Really a non-issue so far. I would like it to recognize the lens I use, or at least allow me to select which lens I’m using (like my M262 did), and sometimes the rangefinder’s frame lines are a bit confusing. I’m not a fan of the 1.33x crop of the APSH sensor, but the 28mm Ultron gives me my comfortable 35mm equivalent, and the quality of the images the sensor produces more than make up for this shortcoming. Seriously, that’s about it.

Giles and I were talking that other day about cameras, as we do. He was praising his CL, and I really do this that camera fits him well. In fact, it reminds me of that Sony he had years ago—which may have been his first digital camera and the one he used when he took these photos. That said, we talked about my Leica SL. It’s a fantastic camera, but I figured out that I’m a rangefinder guy. Now, what to do with my SL. Keep it? I don’t need to sell it, since I’m so happy with the M8, I don’t need the money to finance an M10-P or similar late-model M. I do want another couple of Voigtländer lenses for the M8—a 21mm and a 40mm specifically—but these are not too expensive, and I just sold four M42 lenses to help pay for the new ones I have my eye on. I also have a few more lenses that could go.

Maybe I can start an M-upgrade fund on Digit. As long as the M8 lasts, the fund could grow. Maybe by then, I’ll have enough to get used M10-P or whatever looks good at the time. Selling the SL could start this fund—interestingly, used bodies are going for about $2500 on eBay—about what I paid for it a couple of years ago. Man, Leicas keep their value better than Apple products.

Giles always had an interest in the SL, even before I did. It’s a beautiful camera, but just a little much for me. I could see Giles using the heck out of it, though.