Too cold to comfortably ride, I decided to let Giles drive me. He didn’t mind, so we headed west toward Thomaston, then onward to Sprewell Bluff Park. Neither of us has been there, and it was a lovely little state park overlooking the Flint River. On our first stop, we had a good view of the river north of us, and our second stop took us to the “beach”—another pretty deserted picnic area just on the bank of the river. Even though it was a little chilly, I was kind of surprised there were not more people taking advantage of the day here, but we pretty much had the place to ourselves. 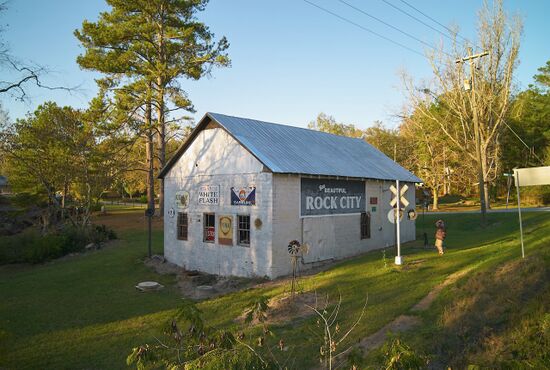 Next, we drove southwest to Talbotton—a place I had been several times, but never to the historic church Giles wanted to shoot. We did, and by that time we were losing the light, so we headed east along 129 which turned out to be a nice curvy road which made me kinda regret not riding. After a few miles, we crossed over the Flint again and what Giles calls Fickling Mill (OK, I see it on Google Maps) caught our eye. It was our last photo stop, and the sun was already too low to make it too rewarding. Still, I might have taken my best photos here, and all with the Color-Skopar 3.5/21 which I feel like I’m getting better at using.

Check out my Sunday Drive, Nov. 13, 2022 gallery. The first part was shot with the Leica M8 and the Ultron 2/28 before I switched to the Skopar 21. While challenging, I am starting to be able to use this wide lens on the rangefinder in spite of not having frame lines.

Since the time change, we’ve been losing light faster, so today felt a bit rushed. Much of that is my fault for taking so long to get to my run. Oh, well, at least we found a couple of new places to shoot. It was a good time, and riding with Giles gave us a chance to catch up and chat about cameras, cars, computers, and whatnot. Thanks for driving, dude.