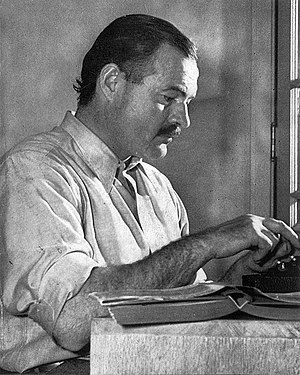 I have watched Ken Burns’ documentary on Hemingway over the last couple of nights. Expertly done, of course; I learned much I did not know about the writer and the man, like that he was married four times. Mailer still had him by two. There was much history in the documentary, and in some way Hemingway experienced World War I, the Spanish Civil War, and World War II. I’ve never read For Whom the Bell Tolls, nor The Old Man and the Sea. I should get on that at some point. There are a few short stories, like “Up in Michigan,” I should know, too.

I spent this morning working out some issues with normanmailersociety.org; it’s an add-on domain of Project Mailer, and I could get nothing to work. With some support, I was able to install an SSL certificate, get email working, and set up a couple of mailing lists: a private one for the Executive Board and another for members. The Mailman default interface is very old looking, so I’m going to try to install Postorius, though it requires Mailman 3, and of course Namecheap is running version 2. Maybe it doesn’t matter for these groups. It is nice to have email up and running on this domain.

I’ve also been working on William Blake’s poetry some more, particularly “London.” I added a bibliography template for all the annotated poems.

This long weekend was great. We had a couple of Henry’s friends over for a party this afternoon, and they seemed to have a good time.

Retrieved from "https://grlucas.net/index.php?title=September_6,_2021&oldid=16189"
Categories:
This page was last edited on 7 September 2021, at 07:44.
Privacy policy
About Gerald R. Lucas
Disclaimers