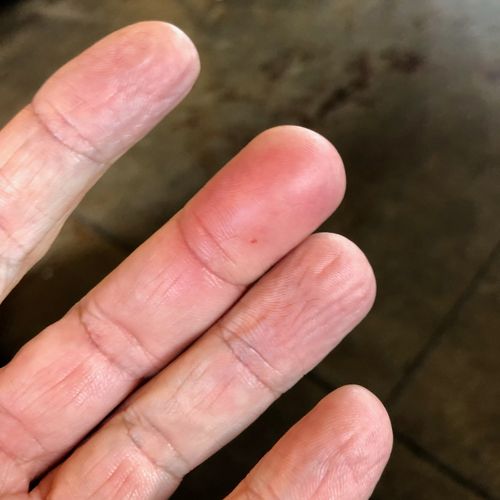 Goddamn yellowjacket! I guess it had flown into my jacket pocket as I was riding and decided to hang out. I stopped at Zaxby’s for a break and a bite of chicken. Of course I had taken my gloves off before reaching in to get my key, and the little yellow-and-black bitch stung the middle finger of my left hand, and I saw him retreat back into my pocket. I tried to crush him as best I could all the while cursing and sweating. I was only about 80 miles south of Macon, but my finger was already puffing up like like a red party balloon.

The day had been pretty nice up until that point, and the BMW R 1200 GS was running great. I began about 08:00 with temperatures in the low-70s. It took me an hour to get through Tampa, but I was heading north on I-75 by 9am. While efficient, interstate travel is sure boring. Still, I filled up once just south of Ocala, took one rest stop, and I was off the interstate as Jasper, FL by around 11:00. I had made good time, so I decided to take back roads through Georgia. They are nicer than the interstate, but it was getting hot. By the time I had to refuel, I was pretty beat with about 100 miles to go. I was in Nashville, GA, and Google Maps said there was a Zaxby’s in Fitzgerald about 45 minutes further north. I headed that way and was there by 13:30. I was ready for a break. 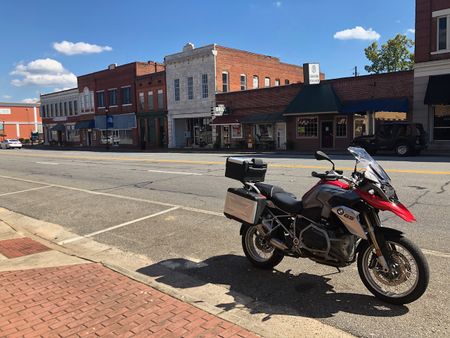 I stayed a bit longer than I had intended, nursing my swelling finger. And when I got back on the bike, thew GPS gave me a two-hour ETA: I wouldn’t be home until 16:00. Before I had put my jacket back on, I made sure the pocket was clear. I never did see the yellow jacket corpse, which makes me think it survived and flew away. Little asshole. It hurt to squeeze the clutch which I had to do at least 20,000 more times before making it back to Macon. My whole hand was throbbing and I began to feel nauseated. I can’t imagine if one had flown in my helmet.

I took one last break in Hawkinsville before pushing through the last 50 miles. I was home by about 16:00 with just about 1000 miles more on the odometer. Despite the wasp attack, it was a good ride, albeit long. I think I’ll sleep well tonight.