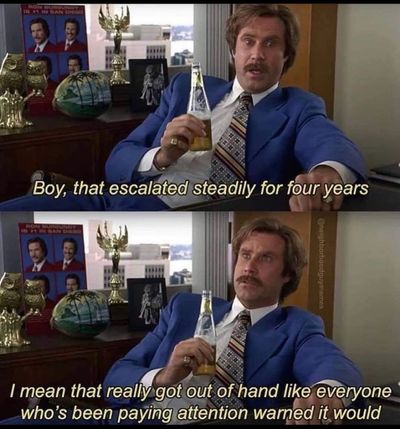 Crazy days. On January 6, the capitol building was attacked in DC by a bunch of riled-up ’rumpers. As the days go by, more details emerge that make it look much worse than it did at the time, but also show how it could have been much much worse than it was. These people suck. If you still support ’rump, then you are part of the problem. You are either an idiot or a fool, and I’m not sure which is worse. Or, I guess you could be, like Ted Cruz and Josh Hawley, just power-hungry, self-promoting 🍑🤡. Nah, they’re likely just fools. I am heartened by some of the responses: ’Rump has been essentially banned from all social media, including Twitter. What took them so long? Not only has he been banned, but seemingly many of these companies are cracking down on the apps and accounts that disseminate fake news and conspiracy theories. Again, what took them so long? Why make it easy and mainstream for crackpots and haters to find solidarity? Now, if only the Republicans in Congress would wisen up.

Speaking of fascists, I started watching, finally, HBO’s The Plot Against America based on Philip Roth’s novel. The parallels between this alternate-history and the rise of ’rumpism are pretty spot-on. It’s a narrative playing out a what-if: suppose populist Charles Lindbergh had run for president on a ticket of US non-involvement in World War II and won. The show illustrates how fascist ideology can infiltrate a country, not overtly with tanks and soldiers, but through more subtle and seemingly benign shifts in attitude and practice. These changes would be seen by anyone paying attention, but “average” citizens mayn't see the manipulation before the country is overrun with deadly consequences. Sound familiar? The miniseries so good, that I know I’ll have to pick up the novel at some point.