Some days are just not worth it. Today was one of those. Yesterday was kinda lame, too, not that I think about it. Even though I got up early and read for a peaceful couple of hours, and I had a good run, everything went downhill from there.

I was looking forward to discussing The Handmaid's Tale today, and it seemed to be going well. Yet, apparently my discussing of the religious context of the novel triggered a couple of students, and they let me know how they felt. My intention had been to discuss the panoptic use of a religious structure in keeping order in the theocratic dystopia that Atwood created, but my explanation apparently seemed as if I was critiquing Christianity itself. Yeah, I probably was. Can I really blame them for going off? Maybe not. Maybe I just wish that passion was evident for something other than religion. It still baffles me that one . . . OK, let's not rehash it.

I took a break from the classroom after being admonished, and I’m not sure the class ever recovered. How do you discuss systemic oppression that uses the language of belief without offending the believers? I don’t think I’ve really ever been successful with that. Maybe the novel had them on-edge to begin with? I’m not sure I’ll revisit the discussion. The novel offers plenty more to discuss.

Needless to say, this placed a stormcloud over the rest of the day. Yet, I was expecting my Pentax 67 📷, so I was looking forward to that. Mail is usually delivered around noon, but of course today it was hours late—showing up after 5pm. And this is what the package looked like. 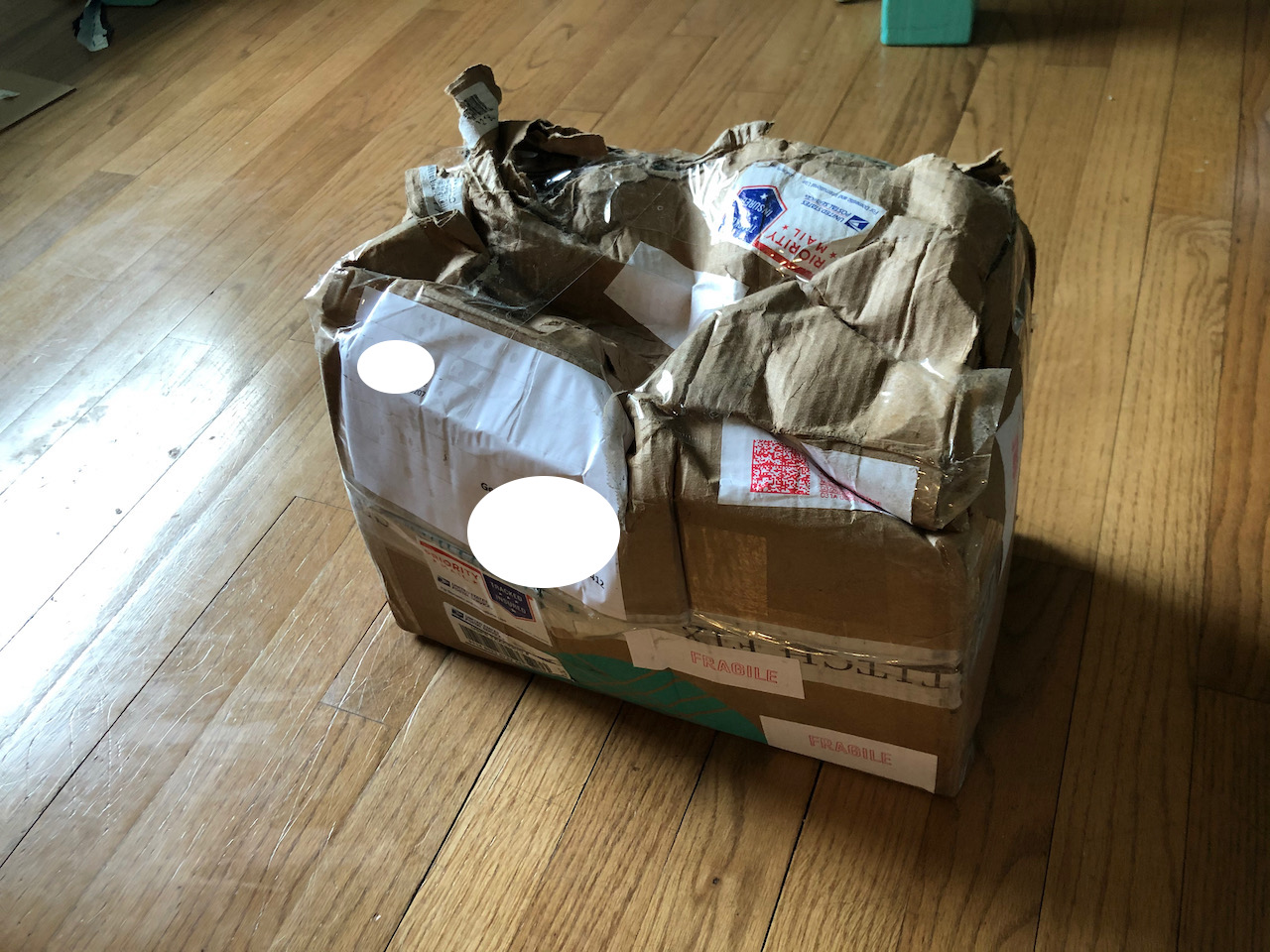 Yeah, it looks like it had been left out in the rain. Unbelievable. This shitbox contained a $1200 camera system. I contacted the seller with images, and he, too, was concerned, assuring me that the box was in good condition when he sent it. I tend to believe him, judging from the placement of the mailing stickers: the postage stamp could not have been stuck that way originally. Something happened in route.

There was nothing for it for to see if the camera survived. It was pretty well wrapped—a bubble-wrap-shaped camera sat under a bunch of wadded newspaper. I carefully unwrapped it, and tested the various parts of the camera. All appeared well. 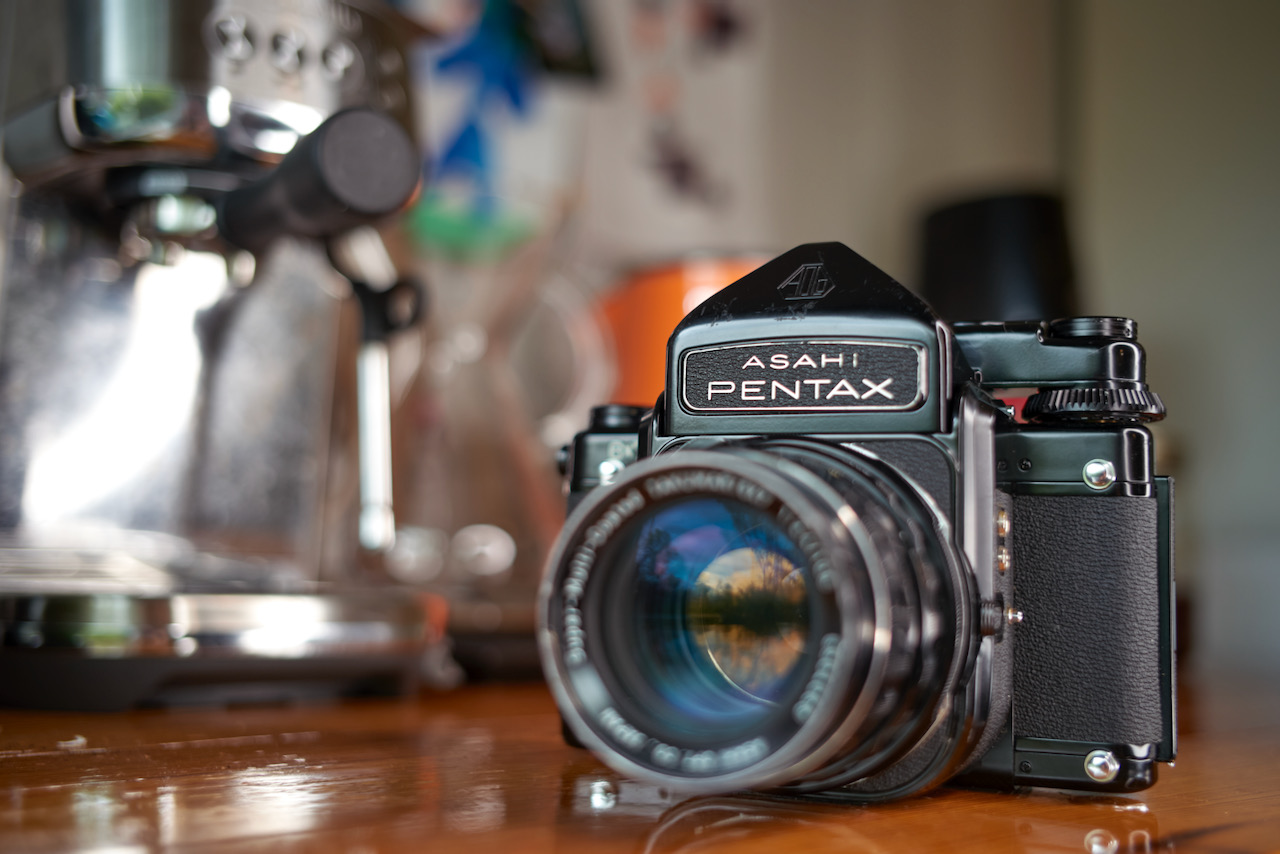 The camera has an almost art-deco aesthetic to it. It is a hefty beast from another time.

I put in a roll of the included Kodak Portra 400 and tried a sample shot. At first the shutter would not fire, but I had just put the film in wrong, or hadn’t winded far enough. Once I corrected this error, click! went the shutter in the crepuscular light. My first shot was recorded, but probably under-exposed. An inauspicious start to my Pentax 67 phase? Well, my first image from the Leica M years ago was blurry, so I’m not superstitious. Still, I’m glad the camera seems to be working.

I plan to shoot a whole roll in the next couple of days. Let’s hope tomorrow is sunnier.