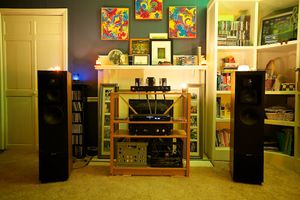 This morning, I found my old list of album favorites. It’s a pretty good list, though a few of those I really don’t listen to anymore. It probably has to with the fact that I sold my Jolida. In a way, it’s a shame, but a big stereo system is just so impractical these days. Plus, I would have no place to put it in our current house. If I were rich, I’d have a devoted audio room, but that’ll never happen. Besides, since I’m almost 50, my ears aren’t nearly as good as they used to be, and they’ll only get worse.

Anyway, I thought about what I’m mainly listening to today, and I have to admit, though I still have my favorites, I find myself listening to “radio stations” on Apple Music. Mostly eighties and jazz. When I still had satellite radio in my car, I probably listened to 1st Wave and Yacht Rock most of the time. That’s not to say I’m stuck in the past, but I find trying to decide on something to listen to is a chore. Apple can just make the choice for me. This morning I’m listening to “Eclectic Rock,” and it’s a good mix of classic and new. 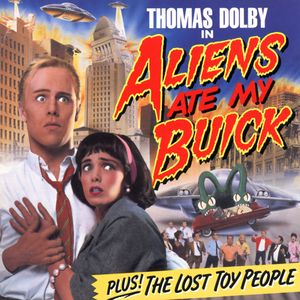 One album I might have on my list today, replacing Connick’s She, would be Thomas Dolby’s Aliens Ate My Buick. It’s another audiophile delight, a quirky mix of eighties pop with a square, British funkiness that Dolby does so well. That said, it’s unique for him, not like his truly pop stuff and unlike the later atmospheric music. It’s, in a way, transitional, with its feet in both phases. For example, “Airhead” is closer to his “She Blinded Me With Science” while “Budapest by Blimp” seems more like his contemporary efforts. Both are excellent. My favorite might be “My Brain Is Like a Sieve” — a song for the ages when our fragmented minds exist in a media-saturated world of social pressures, maybe the only way to survive is to forget — let the pain leak out in though the holes. Besides, it has a kick-ass trombone solo in the middle. How cool is that?

Today’s song, heard driving to Publix: Tonic’s “Waltz with Me.” It’s a bit schmaltzy, but I’ve always liked it. OK, there’s a part of me that’s schmaltzy — some of my favorite songs to this day are those power ballads from the 80s — and this one is reminiscent of those. I always thought it would have been cool if this song had been in waltz-time, ¾. Still, it is a rock ballad. And whatever happened to Tonic? Their whole Sugar album was tight: “Future Says Run” and “You Wanted More” — excellent.