What a time for TV. 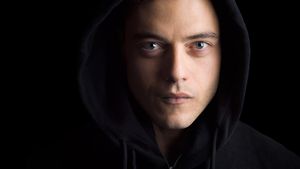 Mr. Robot has been one of my favorite dark-AF tv shows for a while, and last week’s series finale was also one of the best. At first, I thought it was going all science-fiction on me, and I wasn’t sure about that direction. Also, I could see where it was going, and I wasn’t sure I liked what our Eliot was going to do. Well, he did it, but there was another hour left of the finale. The experience became even more surreal as our Eliot began chasing Angela. It soon became obvious that we were in Eliot’s head and had been for the entire duration of the series. In fact, we—the voyeurs—were a personality of the real Eliot. The series was always meta this way, but our friendship with Eliot had run its course, just like the Mastermind’s.

It’s hard to say good-bye, and this episode ran a bit long. But having Darlene get the last word was a strong touch. Fabulous job. 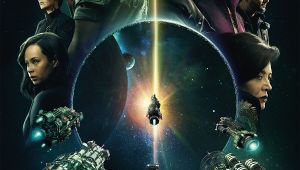 I also just stormed through the fourth season of The Expanse, which might have been its best yet. This show does aliens well—similar to Lem’s Solaris, these aliens are truly alien in that they aren’t anthropomorphized. Space, too, is unfriendly to humans, and this series does well communicating this fact. We lost a couple of good characters this season, but developed others. Bravo, guys.

And I can’t believe I haven’t written about Watchmen. I know this post is a bit effusive, but this was also a great show—and this is coming from a guy that really can’t stand comic books and superheroes. I suppose one the reason I like this show is that it critiques the popular conception of the superhero and shows the psychoses that lead to their appeal.

(In a similar vein, I watched Brightburn a couple of weeks ago—sort of a mashup of the superhero movie with horror. It takes the Superman origin story and makes it a reflection of the despair of today’s zeitgeist. Seriously, what would a god—which is essentially what Superman is—do on our planet? Would he be a kind, beneficent hero type, or would he become a malignant overlord who would do whatever he pleases? Yeah, I think the latter. Watchmen has its own god in Dr. Manhattan, but rather than choosing good or evil, he just seems to get bored with humanity and his own godhood.) 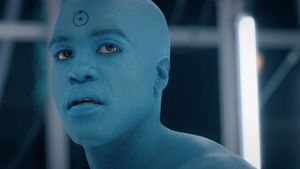 Watchmen was pretty violent and addressed the serious racial issues in this country. I have to say it was a treat to see Dr. Manhattan explode the heads of white supremicists and a pleasure to see them all wiped out by the season’s end, but it was a pleasure that sucks on the teat of the same atavistic irrationality that made the white supremicists in the first place. (In fact, I has a similar moment our jouissance when Eliot hacked the Deus Group, stole their money, and redistributed it to everyone. Wouldn’t that be something in RL?) “Masks make men cruel” is a dominant theme in Watchmen—perhaps a metaphor for the distancing of social media today that gives people the illusion of more power and allows their darker side to emerge through their digital avatars. Again, good stuff.

What next? The Witcher maybe. His Dark Materials? We shall see.