You Got to Get In to Get Out 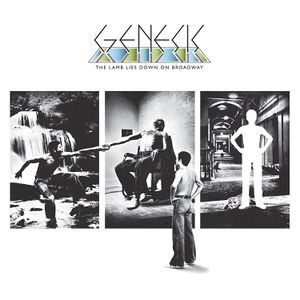 Today I took a walk. I used to take regular walks, but haven’t in a while since starting Orange Theory. It was pleasant, and I listened to a big part of Genesis’ 1974 excellent concept album The Lamb Lies Down on Broadway. Yes, I’m embarrased I’ve not taken the time for it before now. Still, it is my Summer of Peter Gabriel.

Even though I walked about three-and-a-half miles, I still didn’t finish the whole thing. I liked all the music; stand-outs were the quirky “Counting Out Time” and “Carpet Crawlers” — though truly I liked it all. It sounds more like later Genesis than most of the albums that came before. It’s interesting, too, how sometimes Gabriel’s voice sounds like Phil Collins’.

I cooled down by listing a few things on eBay. Bills to pay...