The Lessons of Titus

Shakespeare’s Titus Andronicus is a confusing play, but one lesson that it seems to impart is that sometimes idealistic value systems do not work when put into practice. Titus Andronicus goes to great — almost hyperbolic — lengths to make this clear, though it is often overlooked trying to make ethical sense out of a morality tale. I believe that Titus Andronicus shares this quality with Euripides’ Medea: both of these plays unsettle us in ways that we might not be willing to face. Neither are necessarily realistic, nor are they meant to be (mothers never murder their own babies today, right?). However, both play on social taboos to make the point that traditional values adhered to religiously do not always provide us with the correct answers. In fact, these values can often lead to tragedy. 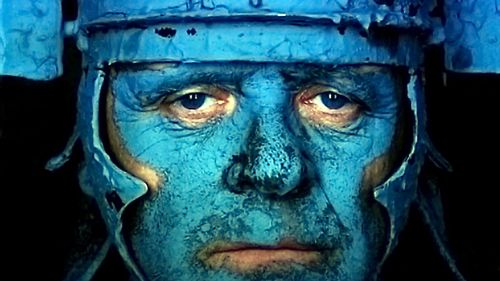 Near the play’s climax, while the emperor Saturninus and his new wife Tamora feast on Chiron and Demetrius pies, Titus poses this rhetorical question to the emperor: “Was it well done of rash Virginius– / To slay his daughter with his own right hand / Because she was enforced, stained, deflowered?” (5.3.36-38). To which the emperor replies, probably from rote, as if, like an Our Father, he has known the answer his whole life: “It was, Andronicus” (5.3.37). This dramatic irony is lost on Saturninus, as Lavinia approaches Titus, like the knowing lamb to the slaughter. Titus prolongs the inevitable by asking the emperor why the daughter must die, to which a ready-made answer is thoughtlessly provided: “Because the girl should not survive her shame, / And by her presence still renew his sorrows” (5.3.41-42). As if Titus was awaiting the sanction of the emperor, father kills daughter in front of his guests.

This action brings immediate shock from Saturninus: “What hast thou done, unnatural and unkind?” (5.3.48). The irony should not be lost on viewers, but is, I would argue, by the very fact of the spectacle of a father killing his only daughter on stage, or in the case of Julie Taymor’s 1999 film production Titus, on the screen. Greek tragedies made a point of not presenting the tragedy’s brutality on stage so that the audience is not distracted by the literal horror of the act, and they can think about the implications of their pity and terror. Elizabethan theatre, however, showed as much gore as possible, reveling in the creative sophistication of the theatre and perhaps losing some of the consideration of the events to the spectacle. We are more akin to the Elizabethans than the Athenians, methinks, especially with film. It might be argued that the very fact of the genre itself suggests entertainment, rather than promotes contemplation. So Titus snapping Lavinia’s neck does not allow us to contemplate what might be the central lesson of Titus Andronicus and perhaps the subject of Titus’ own anagnoresis.

Like Rome itself, Titus does everything deliberately, wearing his intentions on his sleeve. His devotion to Rome is unquestionable, and his duty upholds its laws and traditions absolutely, without flinching, like a proud Roman general. This selfless sense of duty is the Roman virtue of pietas first exemplified by the founder of the empire, Virgil’s Aeneas. Titus exemplifies pietas in his commitment to the ideals of Rome, and its this very devotion to the state that is his hamartia, or tragic flaw. The Romans do not dissemble, but arrogantly and deliberately say what they mean, and do what they say.

Indeed, one of the very reasons why Tamora is so disliked is her ability to dissemble. Like Shakespeare’s best Machiavells, Tamora acts on her advice to the newly crowned Saturninus: “Dissemble all your griefs and discontents” until you can “find a day to massacre them all” (1.1.444 and 451). In fact, I would argue that Titus is only able to get the upper hand by learning the act of deception from the Goth Queen. After the pain of losing the favor of the crown, the slaying of Mutius by his own hand, the raping and maiming of Lavinia, and the execution of Quintus and Martius, Titus seems to have lost his mind; even Marcus comments: “Alas, poor man! Grief has so wrought on him / He takes false shadows for true substances” (3.2.79-80). Even 3.2 seems to suggest to the audience that that this once great general has indeed fallen so low that his mind is incapable of coping. However, once Titus achieves a direction for his revenge, he is able to act again, but this time as Tamora would, and not a Roman general.

After Lavinia is able to disclose the crimes of Chiron and Demetrius, Titus begins to arise from his nadir. Even young Lucius says he’ll deliver a message “with my dagger in their bosoms, grandsire” (4.1.120). Yet, Titus is finished with being the Roman general, and now acts like a guerilla: “No, boy, not so. I’ll teach thee another course” (4.1.121). In a “wilderness of tigers,” one must be equally ferocious to survive (3.1.54). Titus’ mind is still sharp, but he distracts Saturninus and the goths (and perhaps the audience) with more ranting in 4.3. Yet, this unusual scene has its purpose: Titus is able to lure Tamora and her sons into his web, and he feels as bad about draining their blood as a spider would a fly’s.

Titus’ killing of Lavinia should promote questions, but only ends up shocking. It seems to be Titus’ final break with the laws and traditions of Rome, a reversal of the Titus at the beginning of the play who unquestionably supported the state. Lavinia as sacrificial lamb seems an egregious symbol, and I’m still not sure that Titus can be forgiven for this, but like Medea seems to reason, it has to be done to end the tyranny of oppressive ideologies. Indeed, one could also argue that Titus, in killing Tamora, allows Lucius to kill Saturninus and take the throne of Rome: a victory for the Andronici. Therefore, Titus’ blasphemy maintains the orthodoxy. What kind of king will Lucius make? Amnesty for Aaron? Nope. It seems that Lucius may just pick up where Saturninus left off, which posits the most disturbing question: can Rome be reformed?

I like Taymor’s end: the young Lucius takes Aaron and Tamora’s baby out of the coliseum and presumably away from it stifling traditions. Perhaps the lesson is that a corrupt system does not allow for internal change. No matter how much Titus tried to get the upper hand, he, in the end, is still a Roman. In order not to be a Roman, perhaps one must leave Rome. Shakespeare’s play leaves this ending open as well. We never do find out what happens to Aaron’s baby. It seems realistically, that its brains would be bashed out on the wall in front of its father. I guess there’s only too much spectacle Romans, Elizabethans, or we can take in one sitting.