I have heard many students condemn the unnamed narrator of “Yellow Woman” as an irresponsible and immoral whore that should be punished accordingly. The same students might also feel as if Chopin’s protagonist, Louise Mallard, is equally deserving of contempt for her seemingly callous and selfish reaction following the news of her husband’s death. Yet, while these reactions may be valid within the social contexts that many of us carry, that does not excuse our blind acceptance of those values. Offended by Silko or Chopin? It seems that both writers want us to examine the structures of dominance and the social institutions and traditions that allow those structures to thrive. 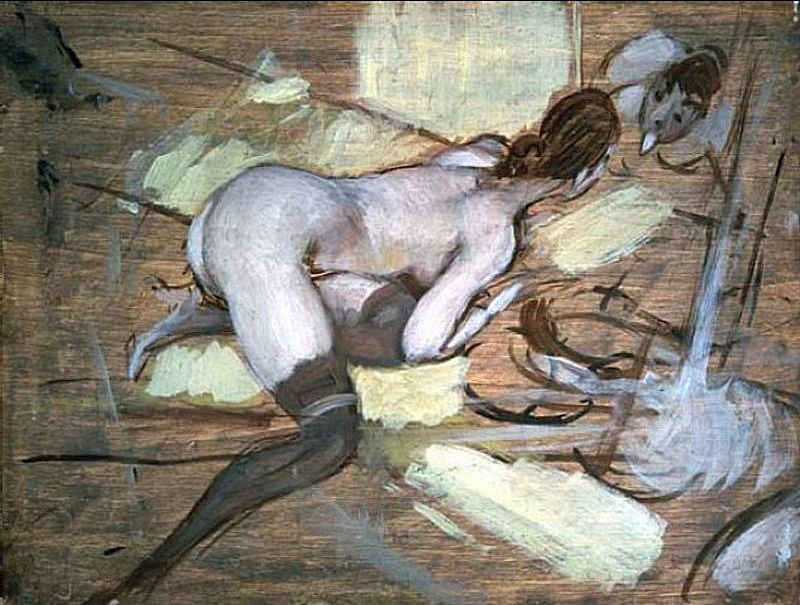 What’s healthy about restrictive ideas? What ideas do we maintain that restrict our freedoms? Would we be better off without these ideas? Indeed, many of our society’s beliefs are maintained for both moral and practical reasons: a society cannot grow or function with people taking anything they want, having sex with whomever they want, or killing anyone they want. We often have as the foundation of these laws religious moral tenants that help to justify and sanction their continued observance. Yet, while we would all probably agree with the commandment “you should not kill,” do we really, as a society, think of this directive as an absolute? Are their times when killing is justified? Stealing? Rape?

While I cannot think of any reason why the latter could ever be justified (though I know it has been in our history), I certainly could see where stealing could be necessary, and of course our country loves to kill—just see our continued use of capital punishment and our president’s love for military action in Iraq. One thing we need to ask when looking at these rules is just who benefits from their continued observance and who is hurt. I’m sure most of us would agree that most of us benefit from not killing one another, but what about the woman who has been abused for decades by her husband? Could we at least understand her motivations in wanting to end her suffering? If we cannot condone her actions, can we at least sympathize with her plight, or do we remain callously resolute behind the law?

Feminist critics examine the social structures that bring order to our lives, often challenging them when they seem outdated or not representative of society as a whole. When certain members of society benefit from social institutions and traditions, perhaps it’s time that those ideas are re-examined, revised, or overthrown. The feminist literary critic will look at how these structures are represented within a society’s cultural expressions, like literature, in an effort to come to terms with traditional values and the inequalities those values might precipitate. Favorite areas of inquiry are patriarchal traditions that seem to favor white, western, affluent, heterosexual men over anyone else. Along these lines, Silko and Chopin, writing nearly a century apart, examine feminist concerns about myth, marriage, and responsibility.

The protagonist of Silko’s “Yellow Woman” is trapped between several worlds: modern western society versus Native American culture; responsible wife versus desiring woman; tradition versus reality; superstition versus education; and so on. I don’t mean to suggest that the story breaks neatly into these dichotomies, but much of the protagonist’s confusion flows like a river through these ideas, carrying her along like fallen leaf. Nature seems to help toward her healing: it’s absence of imposed order allows her to wander and change, rather than directs her to conform and stagnate. She is a wayward wife who leaves her duties and responsibilities to her family to follow her desires. She shows that she is a sexual creature still, despite the institutions of motherhood and wifehood, and expresses that sexuality with Silva, if only for a couple of days.

Silva uses the narrative myth of the yellow woman and the ka’tsina spirit who abducts her. This myth—the one that her old grandfather loved to tell—sanctions a vacation for the married woman in Pueblo culture, but this ancient story cannot overcome the conditioning of a modern, Western education where women do not shirk their responsibilities to their families and husbands to run off with a stud for the weekend. Perhaps the Pueblo myth was pragmatic in that it allowed for this occasional escape with the understanding that the yellow woman would return revitalized; Western society allows no such sexual release in the bonds of its social institutions, where women (and men) seem to be each other’s property, rather than autonomous human beings. Indeed, Silko seems to suggest that much of the corruption stems from Western capitalism: see the portrait of the white, male landowner: “The rancher was fat, and sweat began to soak through his white cowboy shirt and the wet cloth stuck to the thick rolls of belly fat . . . he smelled rancid.”[1]

This conflict also exists in our protagonist: she is aware of her transgression against society, but she allows herself to be carried away: she both is and is not the yellow woman. She continually thinks, “I am not the Yellow Woman. Because she is from out of time past and I live now and I’ve been to school and there are highways and pickup trucks that Yellow Woman never saw.”[2] She is caught between the power of the narrative of the Yellow Woman and that of the cultural imperialism of the West. Her leaving does hot seem to bother her family as much as it bothers Silko’s western readers. Since the Pueblo myth of the yellow woman is alien to us, we seem to have an easier time just brushing it off as a story—something that should not be considered an excuse against one’s responsibilities and promises. Yet, Silko is implicitly asking us to question our own mythologies that allow us to understand the world: marriage, gender, love, devotion. Aren’t these also stories that we made up and continue to support through our unquestioning loyalty?

These very stories are what Chopin takes to task in “The Story of an Hour.” Louise Mallard reacts with a joy when she finds out her husband has been killed. We have not evidence that Louise has been mistreated in any way, yet her joy waxes as she considers her life without him: “free, free, free!”[3] She seems to have never considered or even questioned that there was a life outside of the social bonds of marriage. Only through the reality of her husband’s death is she even able to realize that her life has been oppressive and stifling: “There would be no powerful will bending hers in that blind persistence with which men and women believe they have a right to impose a private will upon a fellow creature.”[3] Both men and women are victims of these social myths, oppressed (perhaps not equally) by the will of the community. It’s almost as if the majority of married people are miserable, and, since they have to be, they want everyone else to be equally as miserable. Many jump on this misery bandwagon without even thinking about it.

Is Louise callous? Indeed, when her reaction is looked at in terms of comme il faut. However, critical examinations are rarely ever comfortable; however they are necessary if life is to be meaningful. Good thing Louise dies when her husband returns unharmed; she would never be able to go back now. Yes, this kind of delving is the most uncomfortable because it requires us to examine those stories that we hold most dear, those taught to us by our fathers, but instead of dismissing them outright—“Yellow Woman is a slut!”—we should look at why they make us uncomfortable. Are our stories any better?