Virginia Woolf and The Hours 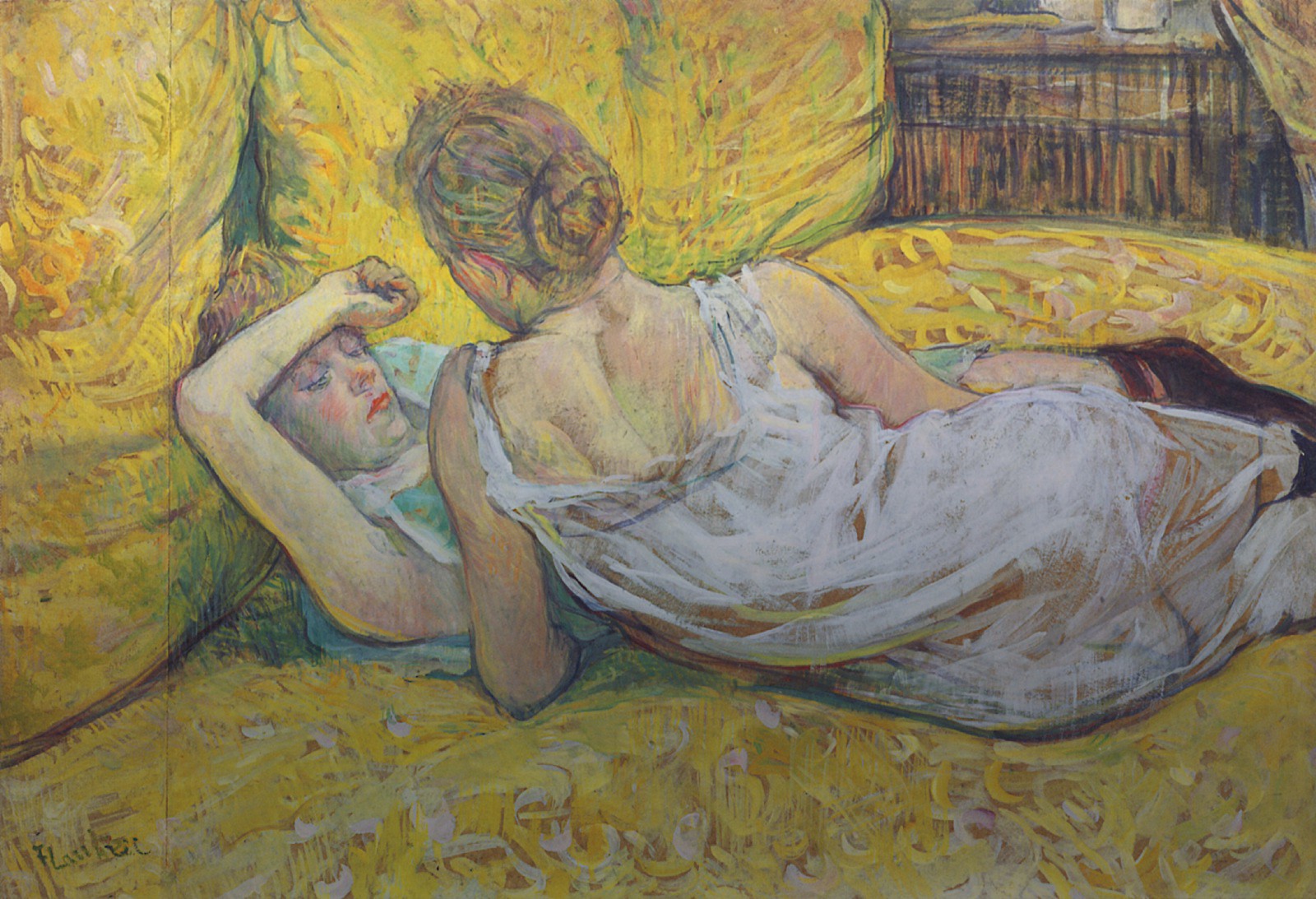 I guess the aspects of Michael Cunningham’s The Hours are similar to those I love about Woolf’s Mrs. Dalloway: its rhizommatic structure, its stream of consciousness, its marveling in the everyday, its concern with how to live in a world of oppressive expectations and interruptions. Cunningham work, like Woolf’s, seeks to find a way to cope with the seemingly endless hours between the moments that make life wonderful. And are these moments, so precious and few, justification for facing the remaining hours? For some, like Clarissa Vaughn, the hours are tolerable; for others, like Richard Brown, they weigh too heavily.

I guess what most interests me about this text is my students’ reaction to it. When polling them the first day in-class, I had numerous students feel quite a bit of discomfort about the text, but few could tell why. After a bit of poking from me, I had a couple of students say they did not like the novel because “all of the characters are gay.” ‘Round here, as I would suspect is similar in most parts of the country, most like their sexuality cut and dry: either heterosexual (preferred) or homosexual (tolerated). Yet, despite many people’s need for such clear categorizations of sexuality, The Hours resists all such attempts to classify any of its characters. First, Cunningham never employs any of the signifiers that we traditionally use for labeling someone sexually: there are no lesbians, bisexuals, homosexuals, or heterosexuals in his novel. Instead, The Hours revels in its ambiguity, as characters, seemingly capriciously at times, jump from one person’s bed to another person’s, following their feelings, rather than sanctioned love based on respected and labels. These labels seem to be necessary so that many of use know who we can love and who we should hate. Cunningham is not playing that game.

Indeed, the key moments of the text revolve around a taboo kiss that is shared between many of the main characters, echoing throughout the novel (as many of its motifs do) and recalling Woolf’s Mrs. Dalloway. Yet the kiss stands for many as their defining moment of happiness amidst the interminable hours of their lives. Clarissa remembers Richard kissing her and thinking that “it had seemed like the beginning of happiness, and Clarissa is still sometimes shocked, more than thirty years later, to realize that it was happiness. . . . That was the moment, right then. There has been no other” (98). A kiss so often bespeaks the beginning of something, a promise of more to follow, but the kiss for Clarissa was the moment of happiness, a moment that would ring true forever after in her mind. The kiss represents the now that we often do not see as it happens, but only realize when it has become part of our memory, part of the past.

Laura Brown, the 50's housewife, also experiences a forbidden kiss—What a lark! What a plunge!—with her neighbor Kitty. This kiss is one of empathy, of an acknowledgment of a common plight shared by the maintainers of domesticity: “They are both afflicted and blessed, full of shared secrets, striving every moment. They are each impersonating someone. They are weary and beleaguered; they have taken on such enormous work” (110). Despite their brief connection, this kiss, too, is the moment, nothing more. It is interrupted by their performances, the reflection of their responsibilities, their duties as wives and compulsory devotion to comme il faut. They must maintain that performance, it seems, despite the fact that they are alone, literally and existentially. Laura is tired of the performance, and she soon seeks a room of her own in which to read. It’s in this room that she realizes the power she has: that of choice over life and death.

Another kiss is shared by Virginia and her sister Vanessa, something that is “not their custom,” but is sought and returned as “the most delicious and forbidden of pleasures” (154). Virginia’s act is an assertion of life, a life that she will soon write into her protagonist Clarissa Dalloway if she cannot find it herself. The character of Virginia Woolf, like the later Richard Brown, must be a tragic figure in this book, one who is unable to hold on to those key moments of happiness, but succumbs to the darkness of the hours in between. At one point Richard says:

“But there are still the hours, aren’t there? One and then another, and you get through that one and then, my god, there’s another. I’m so sick.”

Richard cannot face, existentially, the abyss of the hours: the certainty of an end, the long hours that culminate in death. What do we do to pass the time. Why go on living?

Later Clarissa Vaughn is able to redirect that joie de vivre of her kiss with Richard away from him to her current reality. She has learned to live for the moment, to understand that the moment os enough:

Sally hands the flowers to her and for a moment they are both simply and entirely happy. They are present, right now, and they have managed, somehow, over the course of eighteen years, to continue loving each other. It is enough. At this moment, it is enough.

Clarissa is haunted by her own voices, but she is about to somehow keep hold of an innocence that allows her to continue. Perhaps it is possible to think too much, to be so sensitive to the ways of the currents of the universe that the simple pleasures of a city street elude us. Perhaps that is the curse of genius: they die tragically, so we can see the beauty of life. Only, don’t think about it too much. Live for the moment.

Another aspect of The Hours that students have a hard time with is the narrative structure. There is no climax. No hero. No plot. Literature like life? Ouch. Well, many of my students suggest that Richard’s suicide is the climax of the novel, but I contend that Laura’s deciding to live counteracts that climax. The novel seems to promise her death, but it undermines our narrative expectations by allowing Laura to have her own life. Indeed, she, ironically, represents one of the most simply complex characters of the novel. Her story is easy to follow, typical in its way: housewife figures out there’s more to life than washing her husband’s poo-poo undies, more than taking care of a weird kid, more than cakes and performances.

While her life is not awful—Dan seems like a fine husband, though just a bit too Dan-like—she ultimately realizes that she does have a choice, and not one as extreme as should I live or should I die. She has Dan’s second kid, then absconds to Canada to become a librarian (221, 222). She outlives her family, even Richard, and returns at the end to grieve for her dead son. Her presence at the end is ethically ambiguous, like sexuality is throughout the novel. She has shirked her responsibilities as a mother and wife, and decided to live as she wants. While I expect her to be judged harshly by many of my students, most don’t even mention her. Odd, that. Perhaps Laura offers a quiet dignity at the end of a difficult day. She seems to embody on of the novel’s messages: “We live our lives, do whatever we do, and then we sleep—it’s as simple and ordinary as that” (225).

Maybe in the end we are judged not on our great accomplishments, but on our daily lives, what we do to spend the hours of our lives. We all have great moments, but those are few; we all have many more hours than that. Those hours offer us an opportunity to reflect on the beautiful moments of life, or they give us time to dread another hour’s unfolding. The Hours, like Woolf’s Mrs. Dalloway, posits a simple question: what’s the best way to live your life, not only for yourself, but for those around you? Indeed, we do not live in vacuums, so how do we celebrate our relationships with those around us? Do we ostracize and condemn with arbitrary signifiers, or do we embrace difference and ambiguity as a part of the variety of life? Do “we hope, more than anything, for more” (225)? I hope we devote life to the new and the comfortable, “Heaven knows why we love it so” (226).