I have finished re-reading, again, what is arguably F. Scott Fitzgerald’s best short story, “Babylon Revisited.” It merges the past with the present as Charlie Wales returns to Paris to try and recapture his life literally by taking custody of his daughter Honoria, and figuratively by exploring the Paris of his prodigal past that still lives in his memory if not in reality. As Charlie looks back, he is concomitantly forced to look inward at his character and come to terms with bitter experiences that continue to haunt his life. Charlie has returned to Babylon to inquire and probe: is he a bad father and husband, or just the victim of bad luck? 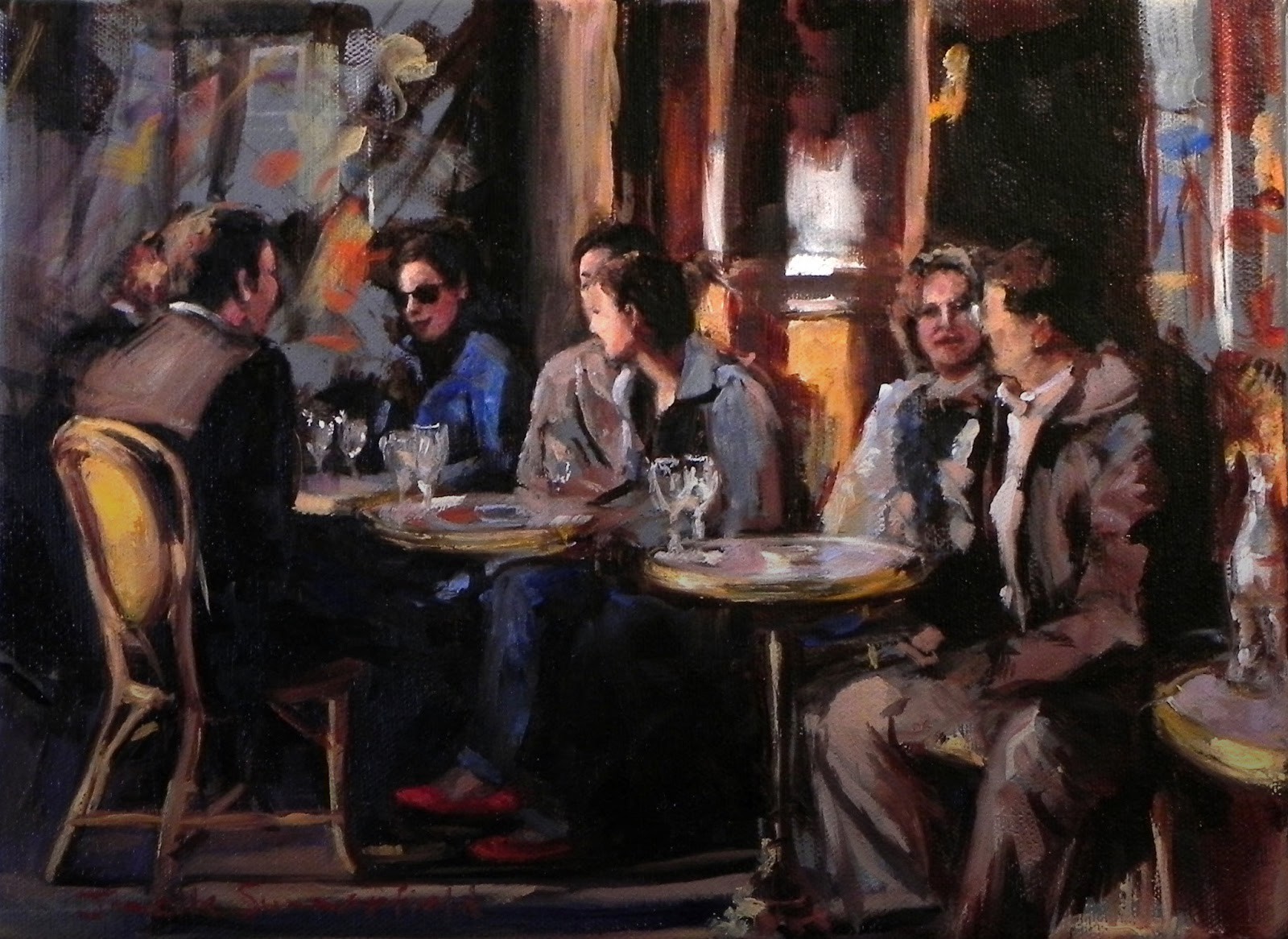 The story begins like an epic: in medias res. We are thrown into the Ritz bar and into the middle of a conversation. Uncertainty and confusion mark the beginning; the first word is a coordinating conjunction, but we are missing he first part of the sentence: “‘And where’s Mr. Campbell?’ Charlie asked.”[1] Also, we hear about Mr. Campbell, but he is never to appear in the story. This beginning is no beginning at all, but an episode in the life of Charlie Wales. As readers, it takes a bit more effort to get our bearing, as if we are attempting to glean meaning from a conversation overheard in a bar, which we very much are.

Why is Charlie at the Ritz bar—a place that we soon learn symbolizes Charlie’s dubious past of excessiveness and extravagance? Yet, Charlie finds that the Ritz is not how he remembers it: “He was not really disappointed to find Paris so empty. But the stillness of the Ritz bar was so strange and portentous.”[2] The “really” suggests that he indeed is disappointed, just as “But” at the beginning of the next sentence calls into question the sentence that preceded it. Charlie is disappointed that the current reality of Paris does not match the reality of his memory. Charlie’s time away has changed his perspective, but has it changed his character?

Charlie’s present downfall occurs at the outset of “Babylon Revisited.” Ostensibly as an offhanded inquiry—something that we all might do while visiting a place where we grew up—Charlie writes down his brother-in-law’s address for Duncan Schaeffer, a figure from his past that he probably doesn’t have much of a desire to see, but habit seems to guide his actions devoid of any forethought about possible consequences. Indeed, many of Charlie’s actions in this story are habitual, perhaps containing a desire to relive a past that is as irretrievably lost as his dead wife Helen. He knows the Ritz bar as if he grew up there: “When he turned into the bar he travelled the twenty feet of green carpet with his eyes fixed straight ahead by old habit.”[2] He continues to run on old habit throughout the course of chapter one as he tours his old haunts and even picks up a prostitute at the close of the chapter. He seems to have no conscious intentions, but runs on a sort of autopilot.

He even errs at one point by calling attention to his visit to the Ritz bar in the company of Lincoln and Marion, his daughter’s current guardians and former in-laws, the latter the sister of his dead wife. He realizes his mistake and repeats what seems to be his mantra: “I only take one drink every afternoon, and I’ve had that.”[3] Again, almost a product of habit or wishful thinking, his seemingly rational decision to have a daily drink so that the notion of abstinence does not overwhelm him appears to be a sound idea, but it’s also a further indication of his thoughtless living by rote, or perhaps chance.

Chance seems to play a role in this story as well, again emphasized by the story’s opening: at one point Charlie rolls the dice with Alix for his drink. The dice symbolize the element of chance that seems to be out of Charlie’s control. Is Charlie ultimately the victim of chance and bad luck, or does his character again lead to his downfall, the prolonged limbo of the story’s end?

The story ends much as it begins, in a conditional state, one of uncertainty and tentativeness. And, true to Charlie’s character, it ends literally where it began, in the Ritz bar. Perhaps the bar also symbolizes that desire in Charlie’s life that he keeps coming back to, but that keeps him repeating the same errors? Can home be looked at this way? Home is a place of comfort, but it also keeps us stupid. Growth seems unlikely under shelter and comfort, especially in a place where mistakes don’t seem that egregious. Coming home, in this case Charlie’s coming back to Paris, represents his effort to reclaim part of his past, but he gets more than he expected. His habits led to, if not caused, the death of his wife—again something that can be interpreted as bad luck—and could do so again to his daughter. Are we, like Charlie, doomed to repeat that which experience has made us, or can we escape the persistence of home?

Fitzgerald never answers this question, and we will always have a figurative home: “He would come back some day; they couldn’t make him pay forever.”[4] Yet, we must ask ourselves: when Charlie does come back, is he also coming back to his true self? Can he ever reconcile the present with the past? Can any of us?