In his short work “To Build a Fire,” Jack London seems to suggest that humanity’s reason and intelligence might not be enough for survival when pitted against instinct and natural selection. 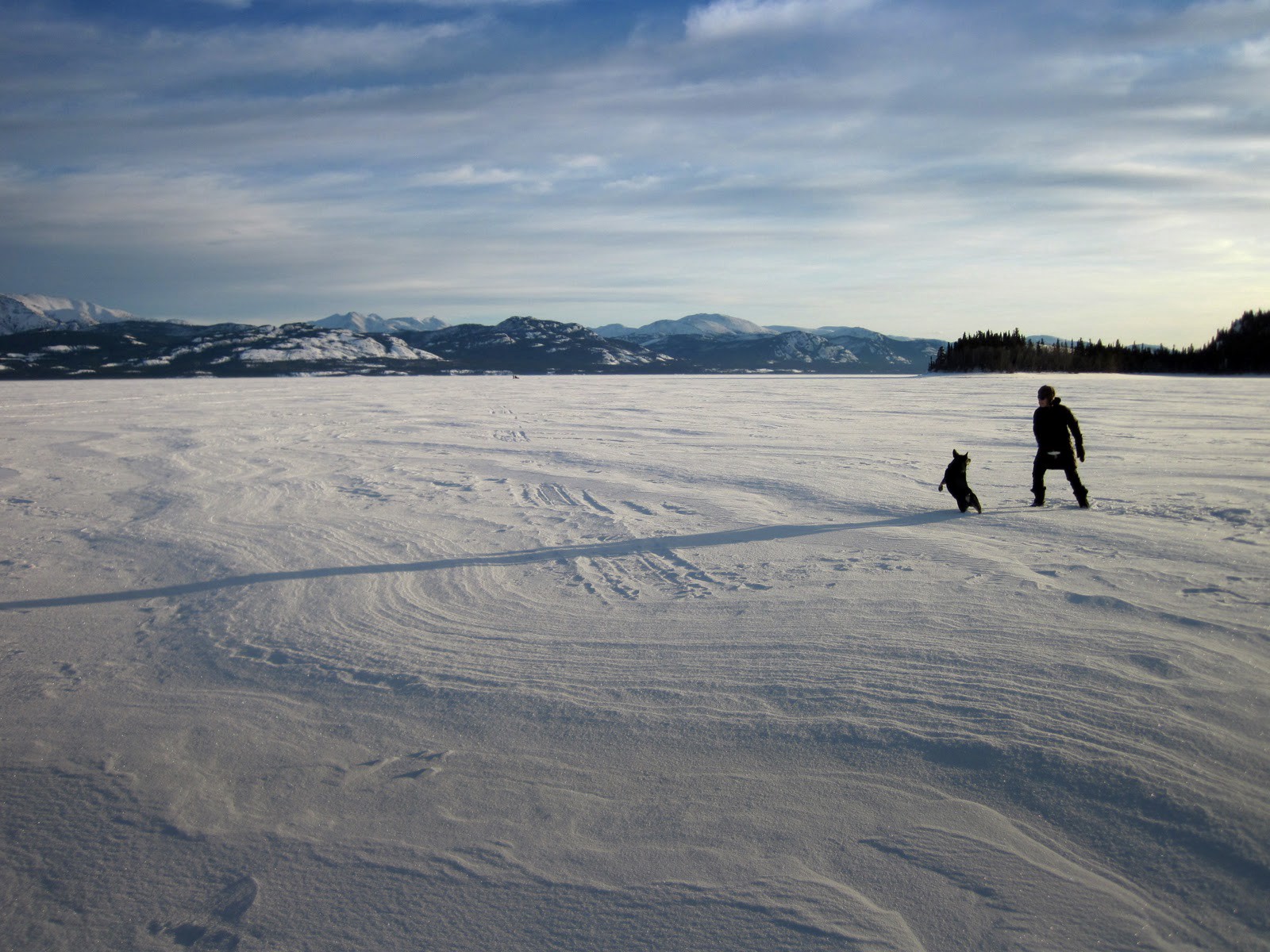 If humans’ most profound evolutionary trait are their big brains, then it would follow that products of those big brains might eschew a symbiotic relationship with a natural environment in favor of a more comfortable life in clothing, houses, and cars. Indeed, much of our brainpower goes not into living harmoniously with nature, but bending nature to conform to our visions. To London, the pinnacle of human evolution—intellectual reason—seems to have replaced something that’s still integral to humanity’s survival, not in the everyday world, perhaps, but in extreme situations.

London makes explicit comparisons between the man’s “judgment” and the dog’s “instinct,” seeming to favor the latter in the extreme weather of the Yukon in winter: the dog’s “instinct told it a truer tale than was told to the man by the man’s judgment.”[1] This observation, coupled with the fact that the husky is a “native” of this land, seems to determine the man’s fate in this extreme situation. Evolution has prepared the dog, “a big native husky,” for this environment, but the man is an alien in this landscape, making him less prepared, and unable to adapt in his present situation: “The man did not know cold. Possibly all the generations of his ancestry had been ignorant of cold, of real cold, of cold one hundred and seven degrees below freezing point. But the dog knew; all of its ancestry knew, and it had inherited the knowledge.”[2] The dog’s evolutionary advantage allows it to survive even though it does not think in terms that humans can understand. Its evolution in this environment still helps it, despite its domestication.

London seems to be critical of the notion of domestication: humans are products of evolution, but since evolution endowed them with big brains, humans began changing their environment which, in turn, influenced their continued development. This idea is called coevolution.[3] Coevolution is normally attributed to two species influencing each other’s evolution, but here I use it in a cybernetic sense, of one system influencing the growth of another and vice versa. Because of their big brains, humans change their environments more than their environments change them biologically, so humans are less adaptable to severe climate changes without the help of technology. If it’s too cold, we turn on the heat. Too far, we get in the car. Too hungry, open a can of soup. All of this technology effects the environment—depletion of natural resources, waste of landscapes, destruction of natural environments, etc.—which in turn changes us and the other species that life in these environments.

The dog is a product of domestication, as well. It craves what the “food providers and fire providers” can give it, but it could live without those things. Yet, the implication is that soon human technology will change all species on the planet, so that they will be unable to survive even in their natural habitats. The irony here is that while evolution has given humans the big brains, we seldom use those brains to actually look at our environment and what we might be doing to it, like London’s protagonist who “was not much given to thinking” and who “was without imagination.”[4] These qualities, London seems to suggest, are important for our survival when our technology fails us. It might not happen often, but it will happen.

Perhaps having imagination allows us to predict the future in ways that the observant mind does not. While the man is “keenly observant,” he lacked the imagination to understand the significance of the harsh environment: “the mysterious, far-reaching hairline trail, the absence of sun from the sky, the tremendous cold, and the strangeness and weirdness of it all — made no impression on the man.”[4] Perhaps if the man had the requisite imagination, then he could have imagined the outcome of traveling alone in such an unforgiving climate. Maybe London’s message suggests that if too much emphasis is placed on science and technology in our culture, then we’ll lose something valuable to humanity, perhaps the study of humanities and art. Where is imagination fostered? Certainly not in the “intelligent design” of our schools’ curricula.