This semester, I tried something new. Instead of using the traditional media of the collage classroom, dead trees and ink interfaces, I decided to try assigning a weekly blog. I figured that since the class would address the theoretical aspects of “new media,” actually using components of that media seemed, well, a logical step. The new media class is a requirement for all students in our CIT Program, and all of them should be juniors and seniors, so they should be comfortable with at least the media of the web-based Internet. The assignment reads: 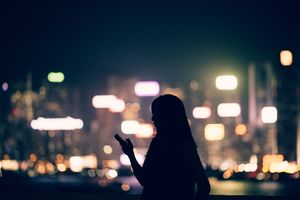 This entry will touch briefly on each student's contribution to the conversation in this class.

Rayfield Boyd seems to have had difficulty with the class, and he expresses it with an olfactory metaphor: "I considered this class too much for me to handle in the the respect that it was meant to be intimidating. The class had an underlying aroma of intimidation. Just the smell of the class made want to run and hide." Most of Boyd's blogs are to-the-point: he gets right into the topics that interest him. He seems to have enjoyed the evening we covered HTML and the discovery of TechTV. While Boyd seems to have struggled with some of the material, his blogs are thoughtful and lucid; see his entry on the SAT.

Jason Goulder assults us with big blocks of text. Jason, learn to paragraph and use your white space. Jason's blogs take a very personal appraoch to the material with subjects ranging from his aunt's cancer, to his youthful memories of video games, to thoughts on the war. While the entries are thoughtful, they rarely address the class topic. Goulder should spend more time attempting to understand the issues covered in the readings; for example, Donna Haraway was an integral component of the course, but she is not mentioned once. Mr. Goulder, what do you know about new media?

Laura Lee's entries—what there are of them—address the class' readings each week. Beginning with a biographical introduction, Lee then discusses Haraway, confessing "I have had a very difficult time trying to grasp what she is trying to say." Many of us feel that way, Laura. Like a strong scholar, Lee brings in other voices to the conversation, like Ann Balsamo. She ends discussing Sterling and Murray. She questions Sterling's credibility, though I'm not sure why, and figures out what a holodeck is. Lee is obviously astute, but I'm concerned that she's missing quite a few entries.

Laticia Little could be a professional blogger. Little intermingles personal experience with the issues we cover in class and in the readings. For instance, see her entry that addresses the soul with a powerful narrative about her grandmother's Alzheimers. Little covers issues from our daily dependence on computers—“I hate it!! I always spoke out against the ideas of our social lives or how we relate to each other being limited to mear interactions between CPU's. Yet, I find myself more and more in the solitude of my room, sitting at my desk and hacking things away at the computer.”—to the future of cyborg bodies. There is a strong sense of the human in her entries -- a healthy skepticism that she brings to these issues: “While this new world brings us thoughts of ease, simplicity and convenience, it also brings with it fear and doubt.” Nicely done, Laticia.

Courtney McCallum begins her blog with Kasparov and Big Blue and ends with war and biotechnology. In between these new media bookends, McCallum addresses "relevations" like MOOs and virtual environments; the dubiousness of education: "I feel as if the public should be mindful of the unfortunate consequences that the pursuit of education can have on a person" in the face of unfriendly political powers; the open source movement and a proposed bill in Oregon (which Microsoft has stalled, BTW); and a blog about blogs. While McCallum won't win any "disloyal" hacker friends in the near future, her blogs consider the issues we have highlighted in class and some we have not.

James Nobles took off with this blog assignment. His entries run the gambit of new media, from a slightly broad definition of new media to God in our hearts. Does new media attempt to displace the creator, encompass a creator, or highlight belief? Nobles is open to all arguments and is not above employing those logocentrisms: "During my life, one of the most important lessons I have learned is being able to listen and respect other's beliefs, even if we disagree." Mostly, I sense a strong concentration on communication and order in Nobles' entries -- definitely the raison d'etre of any media. See his entry that addresses our new media community. (I wonder why I'm not in there?)

Not one to waste words, Gracen Strong prefers to touch on the issues, usually selecting some troublesome detail and giving it a gloss. Her language is almost poetically thoughtful: "It is important to pay attention to the world around us. If the medium is the message, we are certainly the medium. Most of us will define our "message" with enormous manipulation from the world that we inhabit. Knowledge enables choices -- the choice to listen or to ignore. Therefore, to turn one's back to the age of new media is to turn one's back to the world -- and the world won't wait." Subtle and suggestive, I thoroughly enjoyed puzzling through Strong's entries. Gracen, don't be so self-deprecating; you're a good writer.

Charles Thomas' entries are thoughtful in a flip sort of way -- much like Thomas himself. He brings the same consideration to his blogs as he did to class discussion. Charles, what is "Modern Media"? Thomas usually grounds his observations in his job and personal life, musing about telecommuting, purchasing flights on-line, and hypertextual fiction. Very well done, Charles. Your entries were critical and often humorous, a difficult trick.

Finally, Michielle Wilson looks at topics ranging from Darwin, to genetically modified, Amish cigarettes, to an opinion about sex offenders on the Internet. Wilson has done some excellent work for the Salvation Army in constructing a Safe House for women who are victims of domestic abuse. Some good entries here, but I wish more of the entries could have been as passionate in addressing the class issues as the last couple were in ranting.

Thanks to all those who participated this semester. I really enjoyed the class, and though we were not able to cover everything, I think we were able to get at some of the key concepts. I appreciate everyone's thoughtful contributions to the class -- both in-class and out-of-class -- and I hope you continue to look critically at technology's continually increasing role in our lives.