The Switch (Kind Of)

I’ve been a Mac user since the late-eighties. Yet, today I bought my first PC (sort of). 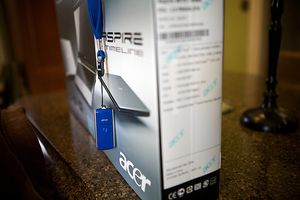 The Mac OS and Apple computers is still my platform of choice, but I am an all-around computer enthusiast. I don’t mess with M$ Windoze (an inferior product mixed with a corporation's questionable business practices keep me far away from M$ products). I have also played with several distributions of Unix, Linux, and BSD. Of the three, Linux has always, even in the early days of the late-nineties, seemed the most accessible to me. I’ve used Solaris, Red Hat, Fedora, Debian, OpenBSD, and lately Ubuntu.

While I still consider the refined (and mostly proprietary) Mac OS to be the best operating system for my needs, I am a proponent of the open-source philosophy and the free software movement. I think the basics of the Internet should be as accessible as possible—particularly email and the web—and we should have our choice of software to access them. I generally have no trouble with proprietary software clients, but when companies begin messing with these basics of networked communication, there’s a problem. Information should be accessible, especially one’s own communications. 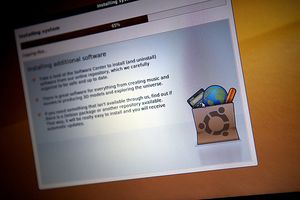 My MacBook Pro recently bit the dust. By that I mean, the keyboard and trackpad no longer work. It had been having trouble for a while, so I had been thinking about how to replace it. We decided to get a new 27" quad-core iMac for the house. This machine will be brilliant for running Aperture, Photoshop, and Final Cut—not to mention everything else. We haven’t ordered this machine, yet, but it’ll be just a matter of time. This takes care of the house, and my major requirements for a computer. However, I still need something portable, and Apple has yet to announce their tablet.

So, in the mean time, I’ve been researching inexpensive alternatives. I recently installed Ubuntu 9.10 on an old computer I built, and I was so impressed with this polished Linux distribution, that I thought I could use it everyday for an actual work platform. When I say “work,” I’m really talking about that basic Internet communication: email, web browsing, blogging, tweeting, chatting, Facebooking—my basic daily connected routine. I thought about a netbook, but pretty quickly dismissed that idea: it would be too limiting. Maybe a modern laptop? Well, it seems that a quality 13" laptop is approaching MacBook prices, and I’d get a entry-level MacBook way before anything else. What I needed was something in-between, like maybe a good used Dell XPS m1330. My other criterion: it had to boot Ubuntu 9.10 pretty much out-of-the-box. This meant working Wi-Fi, sound, and LCD. 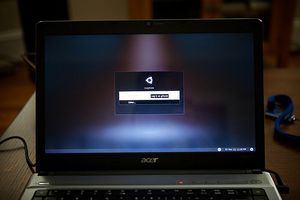 I installed a Ubuntu on a USB flash drive to take to the store with me. Macon has a dearth of everything, but I knew I’d be able to find a few laptops to test from the usual suspects: Best Buy, Staples, and Office Depot. I called some actual local computer stores (we have two in town), but neither seemed too keen on letting me boot Linux on their machines. Weird. I really wasn’t prepared to pay more than, say $400, so I wasn’t having much luck, but I decided I’d try Office Depot on my way home. I was in luck. They were closing out an Acer AS4810T-8480 notebook for $379—a darn good price for its specs. I put the USB drive in and not only did it boot Ubuntu, but the sound, video, and wireless all worked out-of-the-box. My local quest had paid off.

Within an hour, I had a working install of Ubuntu 9.10 on my new laptop. Super sweet.

Now, I have to say, this computer is no MacBook Pro. Yet, for under a quarter of the price, it’ll do nicely (I hope). I feel a bit perfidious for my “switch,” but hopefully I’ll get over it. I’ll post some more impressions as I play.