Last week, I was involved in grading the AP Literature exam in Louisville, KY. I cannot give any real specifics about the grading, but it was an interesting time, and it allowed me the opportunity to get on the motorcycle and travel a bit before I had to report. 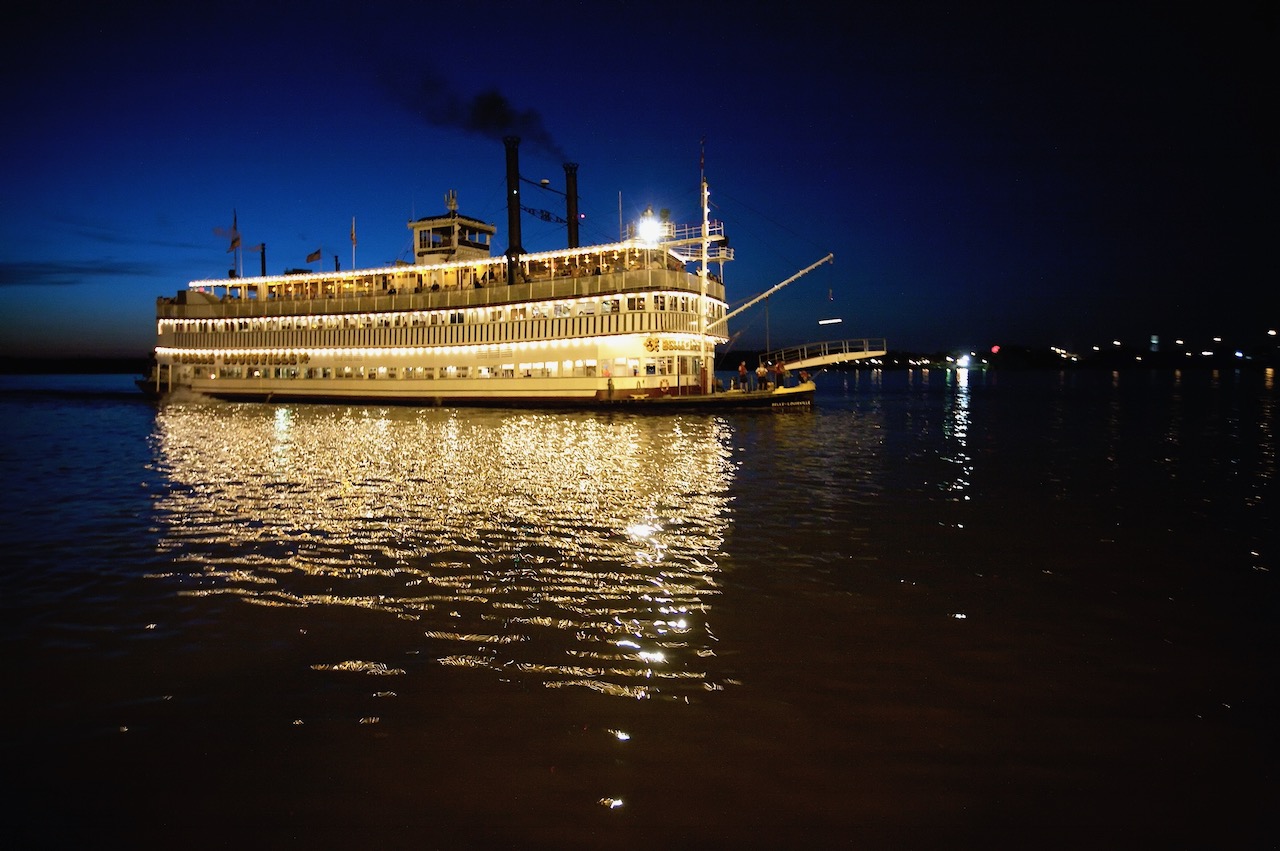 First stop: Greenville, SC. Autumn and I have been here a couple of times, since this is the next closest place to have the BMW serviced. I stayed downtown, so I could walk along Main Street. Beautiful weather accompanied me on the ride from Macon and throughout my day-long stay.

Next, Pigeon Forge, TN, for a visit with Dad via the Blue Ridge Parkway. About eighty miles of mountaintop road separate Asheville from Cherokee, NC. I’ve traveled on the Blue Ridge several times, so I was ready for an aggressive ride. About thirty miles from the end of the Parkway in Cherokee, my back tire ran over something in the road; it felt like a rock, but nothing appeared in the rear-view mirror. I continued riding, but the next curve — a gentle right-hand turn — pulled me into the left lane. My bike had lost all maneuverability because the rear tire was flat. I managed to get to the side of the road and examine my tire: a centimeter hole was neatly cut into the thick part of the tire. I had never seen anything like it. Some guys in Waynesville managed to help me out with a new tire, but I was nervous on the bike for the rest of the trip.

Finally, Louisville, KY. After a couple of days in with Dad in Pigeon Forge, I left for Louisville, about 270 miles northwest. The day started out normally: sun and a bit of coolness leftover from overnight. By the time I got about twenty miles north of Knoxville, the rain started and continued all day, getting the worst about 100 miles from Louisville. Not only did I have to contend with the rain, but the temperature slowly dropped throughout the day. By the time I managed to get to the Galt House (my hotel for the next week in Louisville), I was drenched to the bones. I’m honestly lucky to have made it. The rain was never really heavy, but it was relentless. I’ve never had a worse day’s ride.

I was in Louisville for about a week, and the morning I left was overcast, drizzly, but not as cold. I donned rain gear immediately, but by the time I arrived in Danville, I was able to strip that off. Another couple of hours found me back in Tennessee where the clouds cleared and the sun brought its warmth. Another two nights at Dad’s and I headed from Macon. The ride was long and hot, but nothing like my trek to Louisville.

In all, I put 1280 miles on the bike. I’m wondering if I shouldn’t have just taken my new Mini. Next time.