A Day in Canterbury

Dan and I took a few students to Canterbury for the day. I hadn’t been there since the mid-nineties and never with a good camera, so it was a no-brainer for me. The day’s weather started out a bit gray and threatening, but the sun soon broke through as the train raced toward the east of England.

We arrived at Canterbury and made our way to the famous cathedral where Saint Thomas à Beckett was murdered by four thugs in 1170. They marked the very spot where he was struck down so that pilgrims may pay their respects. Unlike Westminster Abbey, Canterbury Cathedral allows photography in all parts of the structure except the crypt. I think I took advantage.

After lunch, we headed to the ruins of St. Augustine’s Abbey, east of town. Originally built in the twelfth century on top of an even older abbey, these ruins show the general outline of what was once an impressive building.

I took one of my best shots of the day overlooking the abbey ruins, where you can see Canterbury Cathedral’s spires in the distance (the last photo below). This photo was taken just as my camera’s battery died. 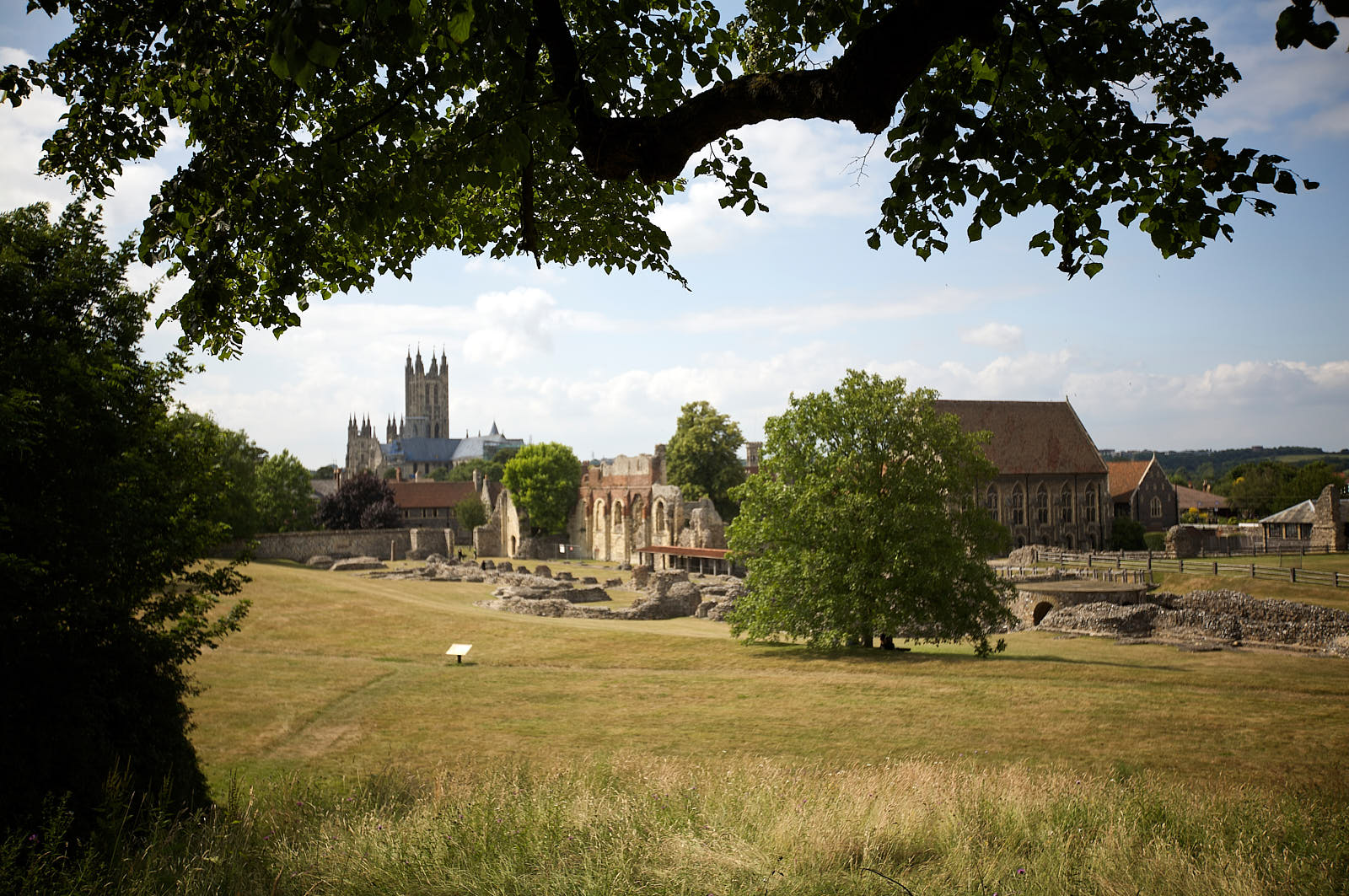