18:13 – Starting with some Steely Dan: Two Against Nature. Sweet, as I knew it would be. Next up is Rush’s Permanent Waves. It sounds pretty good, though I wish Neil was miked a bit better. Now, is the Blue Nile’s Hats (1989)—a new disk for me. It reminds me of lugubrious Talking Heads. At least it’s recorded well. Tried the new Sara K but the recording levels seemed off. Her voice was muted; weird. I could only listen to six songs. Pat Metheny. Blah. The Notting Hillbillies are pretty cool. Mark Knopfler is certainly the selling point here. Maybe I should just listen to Dire Straits? Dave Matthew’s Band Busted Stuff. Overproduced. Poo. Done about 22:40. 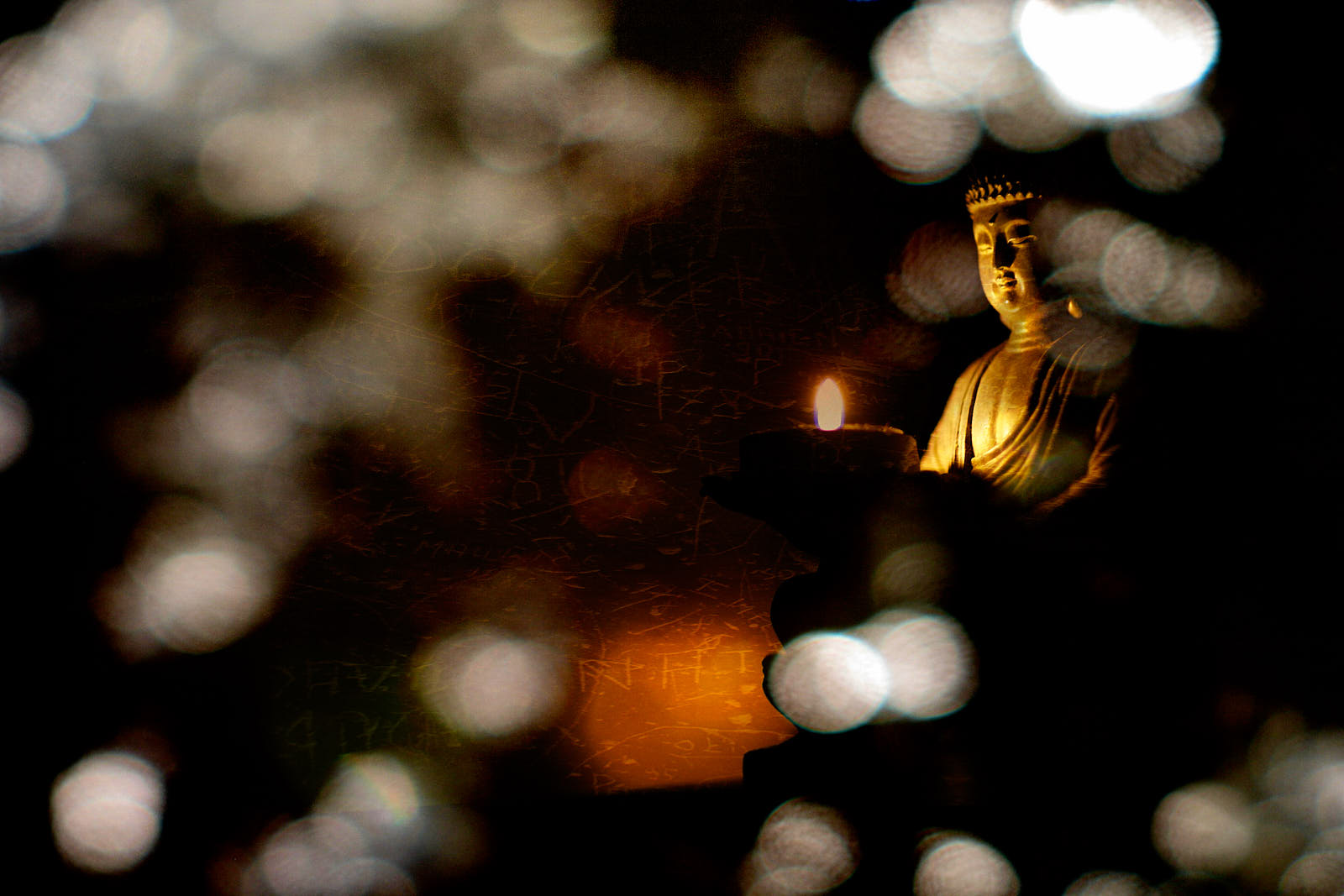 This is one of my pastiche images, using a photo of a Buddha candle holder I took. I then layered on a couple of textures.